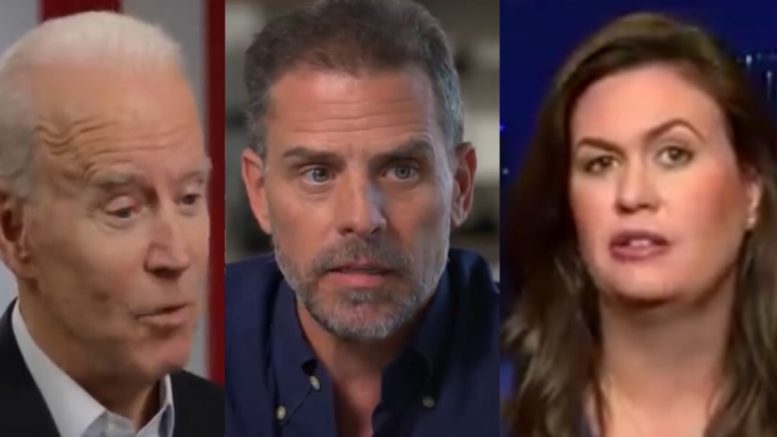 Monday night on Fox News, former White House press secretary Sarah Huckabee Sanders suggested that Democratic presidential candidate Joe Biden may have “borrow money from his son Hunter to fund his campaign” if he doesn’t come in first place in the Iowa Caucus.

“I think one of the things this all tells us is that [Democrats] no longer have any confidence in the fact that Joe Biden is viable at this point,” Sanders said.

“He looks very weak in Iowa, his money is drying up, he is exciting no one,” the former White House press secretary suggested.

“I think if he comes in anything but first tonight, [Joe Biden] is gonna be in real trouble down the line. He’s already having a hard time raising money. They’ve had to draw resources from other places and try to put it in Iowa,” she continued.

“He may be calling his son Hunter and borrowing money from him to fund his campaign pretty soon if he doesn’t have a big showing tonight,” Sanders recommended.

“And so far what we’ve seen and what we’re hearing out of Iowa, that’s not looking good for him,” she added. (Video Below)

(Related: Graham: “It Would Have Been Wrong For Trump To Have NOT Been Worried About The Bidens’ Business Dealings”)