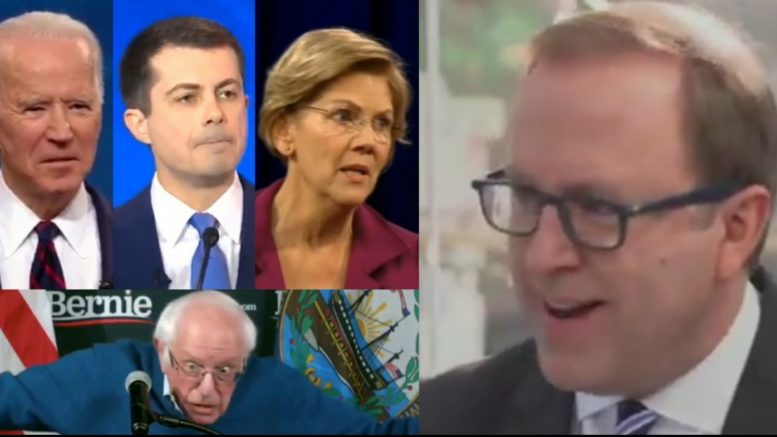 ABC’s Jonathan Karl is not convinced the Democrat party has what it takes to battle President Donald Trump in the 2020 election.

Following Friday’s debate, Karl suggested that Trump’s campaign team is not threatened by any of the Democrat candidates. And on Sunday, Karl went further to say that the Democrat Party appears to be lacking the enthusiasm needed to beat President Trump at the ballot box.

While appearing on This Week, Mr. Karl referenced “empty seats” at Saturday’s Democratic Party dinner event in New Hampshire to help explain how the party does not look “energized”.

“Last night, the Democratic candidates — they were all just down the road here — had an event at the very same arena where Donald Trump will be on Monday, where he was four years ago. And there were empty seats there,” Karl said.

He continued, “There was energy in the Elizabeth Warren section, energy with the Bernie Sanders section, but not — this does not look like an energized party.” Video Below

Democrats have an ENTHUSIASM problem!

“There were empty seats there…this does not look like an energized party.” #FITN pic.twitter.com/UcKGwNMSkS

Here is a clip from Jonathan Karl on Friday night, where he suggested that based on the latest debate, there is no candidate that has President Trump’s campaign “quaking in their boots.”