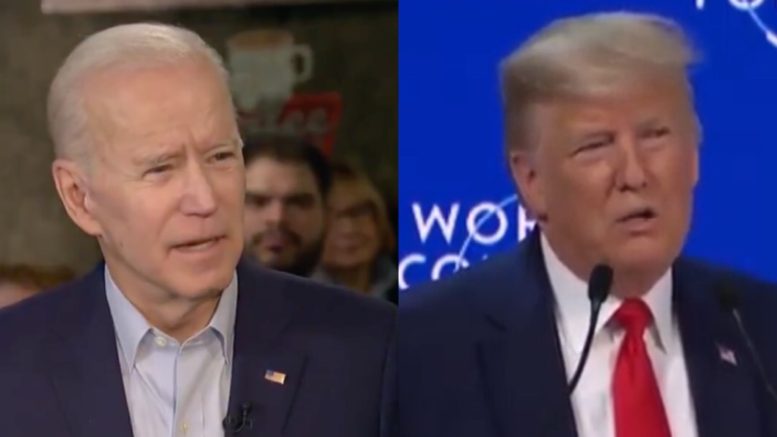 Biden claimed that even “Mickey Mouse” has a shot at winning the White House.

“This is a marathon, man. I don’t think anyone’s predicted much of anything about who’s gonna win nominations in recent past very accurately,” Joe Biden said.

Last week, Democratic strategist James Carville suggested the country will not vote for far-left candidates such as Bernie Sanders.

“It’s like we’re losing our damn minds. Someone’s got to step their game up here. … We have candidates on the debate stage talking about open borders and decriminalizing illegal immigration. They’re talking about doing away with nuclear energy and fracking. You’ve got Bernie Sanders talking about letting criminals and terrorists vote from jail cells. It doesn’t matter what you think about any of that, or if there are good arguments — talking about that is not how you win a national election. It’s not how you become a majoritarian party,” said Carville.

Asked if he agrees with the notion that people will not vote for socialism and if Bernie Sanders is the nominee, Democrats will lose, Joe Biden claimed, “I refuse to suggest any Democrat can lose. I think, you know, we could run Mickey Mouse against this president and have a shot.” (Continued Below)

Meanwhile, on Tuesday morning, Joe Biden also announced that he won’t spend his primary night in New Hampshire as planned and instead, fly to South Carolina to kick-off rallies in the state.

“We’re going to head to South Carolina tonight,” Biden told reporters. “And I’m going to Nevada… we’ve got to look at them all.”

The campaign confirmed Biden is now canceling his originally scheduled appearance at a primary night party in Nashua, N.H., and will be in South Carolina instead. The New Hampshire party will go on as scheduled without him. But the campaign emphasized that Biden would continue to stop by polling stations during the afternoon, reported Fox News. (Video Below)

"I refuse to suggest any Democrat can lose. I think we could run Mickey Mouse against this president and have a shot." —@JoeBiden pic.twitter.com/91dJpO5zCf

Biden campaign confirms that Joe Biden will not be in New Hampshire:

2020 Watch-New: ⁦@JoeBiden⁩ Will not be in New Hampshire tonight. The former vice president is flying to South Carolina later today and will headline a campaign kickoff event in SC tonight #nhpolitics #FITN #2020Election #JoeBiden pic.twitter.com/JvLASjXCK1

Longtime Democratic strategist James Carville with some frank advice for the 2020 presidential candidates in the wake of the #IowaCaucuses2020 debacle: pic.twitter.com/HdTkbOda7w