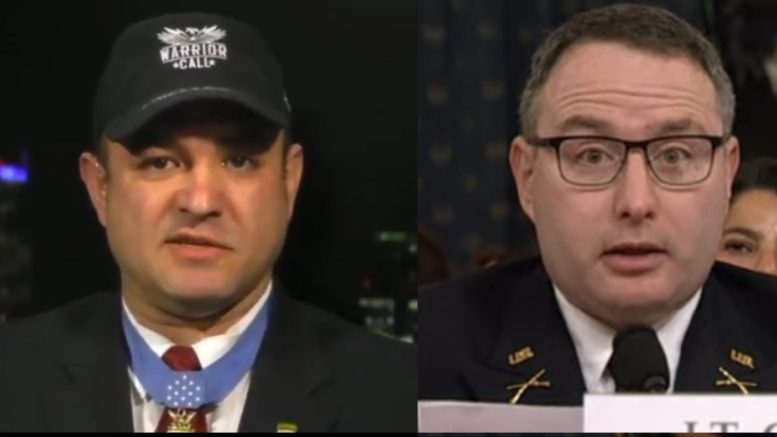 The White House is better off without impeachment witness Lt. Colonel Alexander Vindman, according to Medal Of Honor recipient Leroy Petry.

While appearing on Monday’s airing of Fox & Friends, Petry reacted to the Vindman’s firing by giving a brief account from those who went to ranger school alongside the former NSC official.

Petry said, “A lot of the folks that I know when this all started — those that knew him when he was going through ranger school said that he was a chow thief from ranger school, couldn’t be trusted and they tried peering him out. And I they said, ‘I guess it hasn’t changed much.'”

Petry then labeled Lt. Col. Vindman as a “spotlighter” in the military, which he defined as someone who tries to “highlight” themself as a hero or “doing something great”.

“You can do something great just doing your job,” he declared.

Fox host Pete Hegseth translated Petry’s remarks: “Chow thief, meaning when there’s limited food, you’re taking some so that you can have some and your buddies don’t.”

“Spotlight ranger is somebody who when the spotlight is on, you do a great job. When it’s not, you’re not necessarily helping your buddies,” he continued. “And to be be peered out means your fellow peers are voting against you from graduating from that particular school.” Video Below

Vindman's "military career" won't ever recover from this. pic.twitter.com/lj8VoUccec