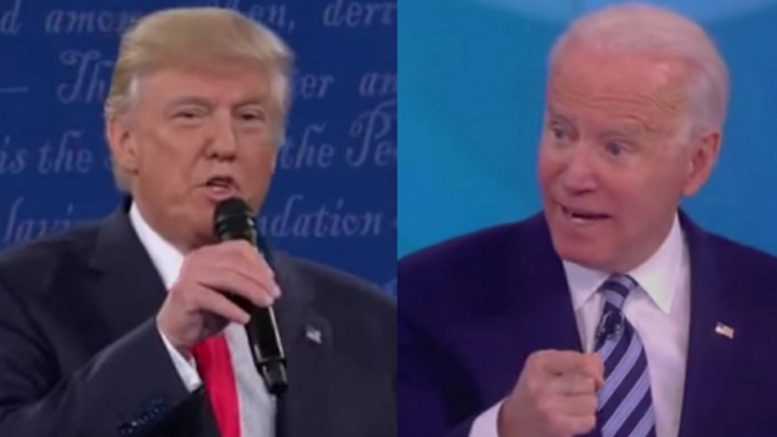 “I can hardly wait,” Joe Biden confidently said, adding that President Trump is “the most corrupt president we’ve ever had.”

During his interview, Joe Biden defended his decision to remain in the 2020 presidential election, despite not winning the Iowa or New Hampshire primaries.

“People know me. They know who I am. They know I’ve never been accused of doing anything indecent, I’ve not lied, I’ve been straight up,” he claimed. “The bad news for me is I’m authentic. I say what I mean. I mean what I say, and sometimes I say all that I mean but that’s, you know …”

Joe Biden explained that no one had ever asked him to testify, then he switched gears to attack the president. (Continued Below)

“Look, this is a tactic he uses. The best thing when you’re attacked, go to somebody else, take your eye off the ball, focus on something else. And I’ll be damned if I’m going to give him that opportunity,” Biden vented.

“I can hardly wait to get him on a debate stage …” he then expressed. “This is the most corrupt president we’ve ever had.”

“He talks about he wants to fight corruption. Well, I tell you what, Mr. President, I released 21 years of my tax returns. Release one of yours. What do you have hiding?” Biden asked. (Video Below)

Joy Behar asked Biden: “Let’s say you’re on the debate stage with him and he does what he did to Hillary, starts hovering behind you like a big monster behind the poor woman. What are you going to do?”

(Related: Joe Biden: Democrats “Could Run Mickey Mouse Against This President And Have A Shot”)