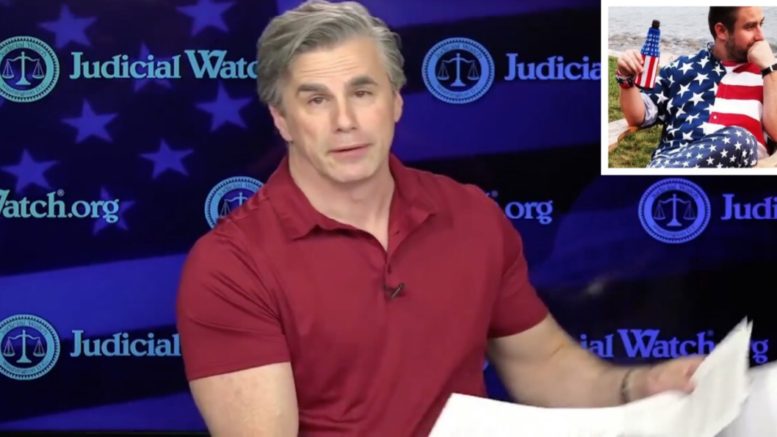 On Thursday, Judicial Watch announced in a press release that the watchdog group filed a Freedom of Information Act (FOIA) lawsuit against the FBI for all records related to murdered Democratic National Committee (DNC) Voter Expansion Data Director Seth Rich.

Rich, 27, was murdered on July 10, 2016, according to the Metropolitan Police Department of the District of Columbia. The DC police reports that Rich was killed at approximately 4:19 a.m. in the 2100 block of Flagler Place NW, Washington, DC, as per Judicial Watch.

No one has been charged in connection with Rich’s death. The case has not been closed, and the DC police are offering a $25,000 reward for information leading to the arrest and conviction of the person or persons responsible.

According to their press release, Judicial Watch filed the lawsuit in U.S. District Court for the District of Columbia after the FBI failed to respond to a July 26, 2019, Freedom of Information Act (FOIA) request seeking all records related to Rich and his murder (Judicial Watch v. U.S. Department of Justice (No. 1:20-cv-00385)).

President of Judicial Watch, Tom Fitton, said in a video posted on Twitter, “There are those who question how and why he was murdered and what happened there, and you can just imagine people have alleged he was involved in the WikiLeaks leaks, the DNC hacking– I don’t know if anything of that is true. I do know that when the political person like Seth Rich is murdered, politics intervenes in the investigation of this death.”

Fitton explained that the FBI told Judicial Watch that they had no documents relating to Seth Rich, but he pointed out, “Low and behold, in this Lisa Page, Peter Strzok document, there’s references to Seth Rich.” (Continued Below)

Tom Fitton, in the video, read from an email chain from a public affairs official, whose name was redacted.

“Various news outlets are reporting today that Julian Assange suggested during a recent overseas interview that DNC Staffer, Seth Rich was a Wikileaks source, and may have been killed because he leaked the DNC e-mails to his organization, and that Wikileak’s was offering $20,000 for information regarding Rich’s death last month. Based on this news, we anticipate additional press coverage on this matter. I hear that you are in class today; however, when you have a moment, can you please give me a call to discuss what involvement the Bureau has in the investigation,” Fitton read. (Continued Below)

Tom Fitton noted that a Washington field agent responded: “I’m aware of this reporting from earlier this week but not any specific involvement in any related case.”

“I don’t know what that means,” Fitton said. “I’m reading that to mean, ‘We’re not involved.’ But, it reads oddly. So if I had received that email, I would’ve written back, ‘Is it yes or no?'”

An unidentified WFO agent subsequently writes deputy assistant director in the bureau’s Counterintelligence Division Jonathan Moffa and Peter Strzok: “Just FYSA. (For your situational awareness), I squashed this with [redacted]”.

Strzok then forwards the email chain to Lisa Page. (Video Below)

“So that’s curious,” Fitton expressed. “It looks like the squashed it maybe with a media outlet? I don’t know. But they’re talking about [Seth] Rich here. They suggest that the FBI isn’t doing much of anything on it. But they squashed an inquiry, which is a substantial issue. And [Julian] Assange, I don’t now whether he was telling the truth there. But certainly, it would have been enough for the FBI to investigate Donald Trump, but not enough for the FBI to launch an investigation into the Seth Rich murder. That’s what that shows.”

“Isn’t it curious what they decide to investigate on what basis they based that decision on?” he asked. “Trump, they got garbage rumors (Steele dossier). They start spying on him and other innocent Americans. …When here, you have someone publicly suggesting that [Seth] Rich was murdered for somehow being involved in the DNC leaks. And the FBI, their response, is how do we squash that? Meaning, we’re not doing anything. So, that’s interesting.”

BREAKING: @JudicialWatch Sues FBI for Seth Rich Documents. There is significant public interest in the Seth Rich murder and the FBI’s game-playing on document production in this case is inexcusable. pic.twitter.com/il8OoEI8dO