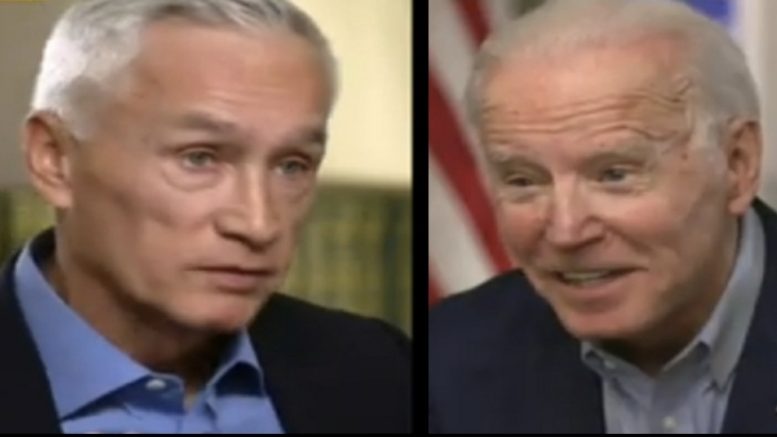 On Friday, presidential candidate Joe Biden showed signs of being irritated after repeatedly getting fact-checked over the Obama Administration’s immigration policies.

The situation occurred while the former Vice President was being interviewed on “Real America” with Jorge Ramos.

During the interview, Ramos told Biden, “..Most of the people you deported didn’t have a criminal record. So was that wrong? Because you haven’t — people are expecting you to apologize for that — to say that he was wrong.”

Ramos fact-checked Biden and said the number of people Obama’s administration deported was a bit “more than ever” at that time.

Biden disagreed and said “No, no, no, because you had more people deported in the W Administration Bush, in the Clinton Administration.” Video Below

Ramos, however, interrupted Biden again and said, “I’m sorry Mr. Vice President…[according to] the Department of Homeland Security, you deported more than 3 million people, 1.7 of them with no criminal record.”

A frustrated Biden responded, “But there were 5 million people deported in the Bush Administration and more than that in the Administration of Clinton.”

As the two argued about the numbers, Ramos attempted to reveal the actual numbers he had one more time before Biden cut in and exclaimed, “You’ve said it 17 times! I get it old buddy.” Video Below

Related Article: Joe Biden To ‘The View’: I Can Hardly Wait To Get President Trump On The Debate Stage