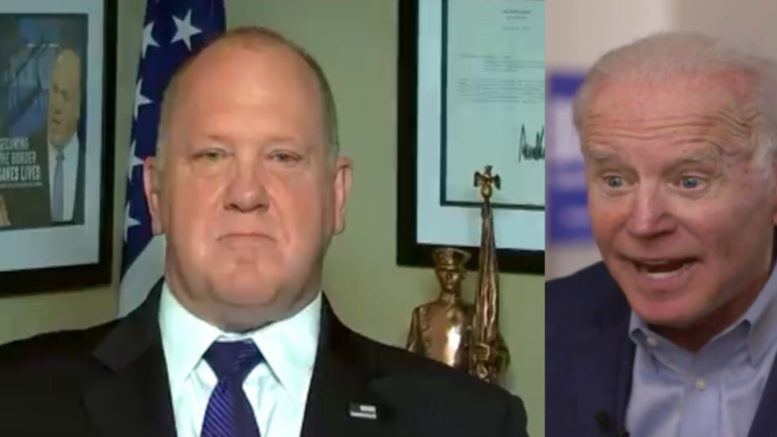 The Trump administration is deploying border patrol agents to sanctuary jurisdictions across the U.S. to help Immigration and Customs Enforcement (ICE) track down and detain illegal immigrants freed by left-wing cities and states, as reported by Fox News.

The New York Times reported Friday the administration is sending 100 specially trained officers to work with ICE from February to May. Among the agents are members of an elite unit known as BORTAC — which the Times describes as the SWAT team of the U.S. Customs and Border Protection (CBP).

Tom Homan said that Congress is not going to fix the immigration problem, praising the Trump administration for following the law. “I’m glad the president’s doing this. I did back when I was ICE Director and I didn’t have Border Patrol assets available. … This is a great idea. This will help arrest those who are public safety threats and take them off our streets.”

Asked if it will send a strong message to the southern border, Homan replied, “Absolutely. It’s going to send a strong message that– look, this country is not open to illegal immigration. If you’re lucky enough to get by the Border Patrol, you’re not home free, no matter what the Democratic leadership wants to say. You can go to so-called sanctuary cities. There’s no sanctuary. ICE is not going to allow sanctuary, neither is the Border Patrol.”

Shifting topics, Democratic presidential candidate, Joe Biden, told Univision reporter, Jorge Ramos, in a recent interview about illegal immigration: “The legal as well as undocumented– the reason why our society is functioning– reason why our economy is growing. We don’t talk about that. We stand up and act like it’s a burden. It is not a burden, it’s a gift.” (Continued Below)

“You know I said a few weeks ago, Joe Biden, he’s lost his mind,” Homan expressed. “[Be]cause illegal immigration is not a gift. Legal immigration is because that’s why the president wrote a plan to base immigration on merit– where those people can help us grow this country’s economy.”

“Illegal immigration is far from a gift. 31% of women being raped is not a gift. Children dying on the border is not a gift. Me, standing at a tracker trailer with 19 dead immigrants at my feet, was not a gift. Driving down American wages is not a gift. Taxing our schools or hospitals is not a gift,” Homan fired off. “I don’t know what he’s doing, other than pandering. It’s just a ridiculous statement to make.” (Video Below)

(Related: Biden Gets Irritated As He’s Repeatedly Fact-Checked During Interview: “I Get It Old Buddy”)