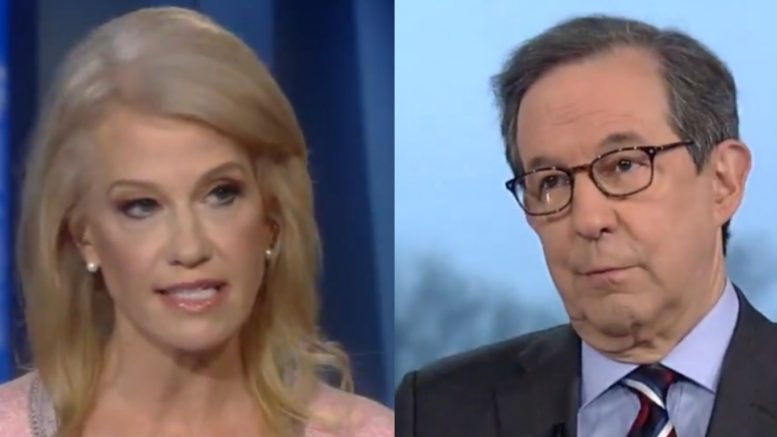 Wallace suggested that presidents after Nixon have “generally” not interfered with criminal investigations and he asked Kellyanne if Trump will “respect” AG Barr’s wishes and not comment on current cases.

“Since Watergate, President’s have generally — perhaps not always — but generally stayed away from involvement of criminal investigations,” Chris Wallace told Kellyanne.

He then followed up by asking, “Will Mr. Trump, going forward, respect Barr’s request for him to stop commenting on current cases, whether it’s in terms of on the air, you know, public statements or tweets?”

As part of her response, Kellyanne said, “It’s not correct to say that Presidents have not interfered. Bill Clinton pardoned a relative. He pardoned someone who refused to testify against him.” Video Below

Wallace replied, “Pardoning is different. It’s after the criminal process has been completed.”

Finally, Kellyanne declared, “What is most important here, two things. One is the President of the United States has not asked or directed his Attorney General privately to do anything, including Roger Stone. Number two, he works hand-in-glove with the Attorney General as we all are entitled to do, on any number of matters that affect this country.” Video Below