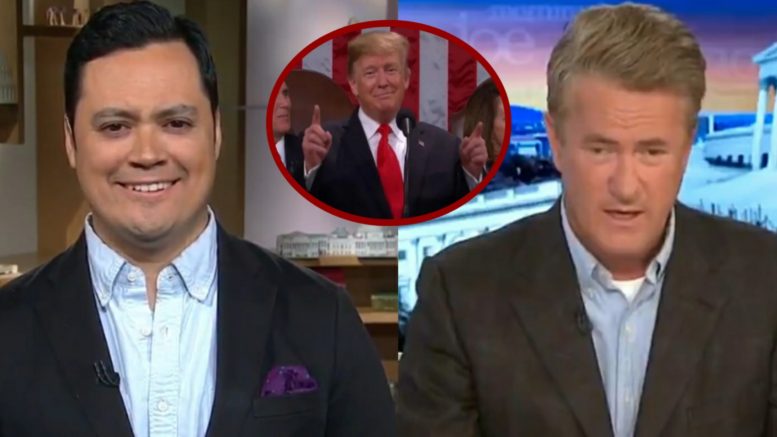 While appearing on MSNBC on Tuesday, former Congressional Hispanic Caucus Spokesperson Kristian Ramos had nothing but good things to say about President Trump’s overall performance with Latino voters thus far in the 2020 election cycle.

Ramos, who recently wrote an opinion piece in The Atlantic titled “Latino Support For Trump Is Real,” pointed to the strong economy and “underperformance” on the Democratic side for why Trump is “overperforming with the Latino vote right now.”

“If you’re looking at where he landed at the end of the 2016 cycle, he only had 28% approval coming out of a bruising election. Today, his national approval rating stands at around 30%” Ramos pointed out.

“If you’re looking at the Telemundo poll that was just released this morning, in Nevada he stands at 40% approval with Latino voters,” he added. Video Below

Ramos replied, “So, more than anything, what we’re looking at is an underperformance on the Democratic side. But speaking to Donald Trump, what the reality is the most important issue to all Latino voters is the economy.”