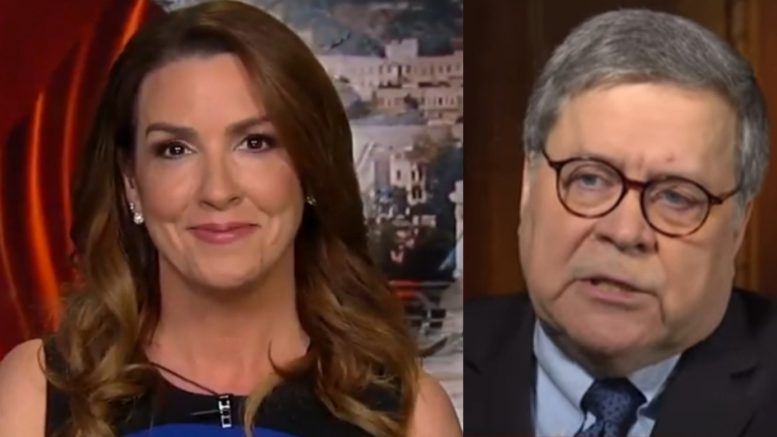 While appearing on Lou Dobbs Tonight, Sara Carter disclosed her thoughts on Attorney General William Barr now that it has been a year since he has taken the reigns of the Department of Justice.

Dobbs & Carter primarily discussed the unfairness of Roger Stone’s case, before Dobbs asked Sara if she still has the same level of “confidence” in AG Barr as she did when he first took the job in 2019.

Dobbs asked, “This attorney general, do you still have the same confidence in him as you had a year ago when took the job?”

Dobbs reacted to the lack of transparency seen out the government by saying, “The American people are being treated like mushrooms. And you and I both know what that requires: and part of it is darkness and the rest has been what we’ve been handed so far throughout this past year.”

Moments later, Sara added, “If the DOJ doesn’t do its job — the frightening thing — who else will? There won’t be anyone to hold anyone accountable. And that’s actually very frightening as an American citizen that the power rests in that.” Video Below