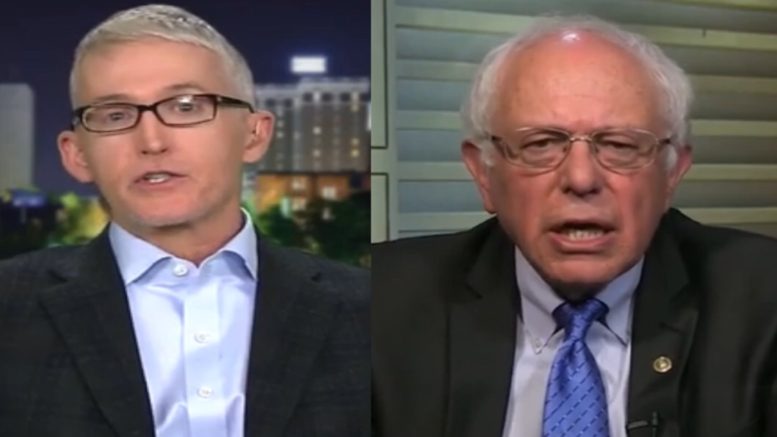 On Thursday, The New Times released a report alleging: “Intelligence officials warned House lawmakers last week that Russia was interfering in the 2020 campaign to try to get President Trump re-elected, five people familiar with the matter said, a disclosure to Congress that angered Mr. Trump, who complained that Democrats would use it against him.”

Former South Carolina Republican Congressman, Trey Gowdy, weighed in by questioning the intelligence community and slamming House Intel Committee Chairman Adam Schiff (D-CA), for being a “leaker” and a “liar”.

As reported by The New York Times:

The day after the Feb. 13 briefing to lawmakers, Mr. Trump berated Joseph Maguire, the outgoing acting director of national intelligence, for allowing it to take place, people familiar with the exchange said. Mr. Trump cited the presence in the briefing of Representative Adam B. Schiff, the California Democrat who led the impeachment proceedings against him, as a particular irritant.

Part of the president’s anger over the intelligence briefing stemmed from the administration’s reluctance to provide sensitive information to Mr. Schiff.

After asking about the briefing that the Office of the Director of National Intelligence and other agencies gave to the House, Mr. Trump complained that Mr. Schiff would “weaponize” the intelligence about Russia’s support for him, according to a person familiar with the briefing. And he was angry that no one had told him sooner about the briefing, the person said. Mr. Trump did not erupt at Mr. Maguire, and instead just asked pointed questions, according to the person. But the message was unmistakable: He was displeased by what took place. (Continued Below)

He believes this should have “never been made public”, adding, “That’s why the president’s upset– not at what the intelligence community found, but the fact that Adam Schiff has a B-line to The New York Times when it’s negative information about Donald Trump.” (Continued Below)

The New York Times suggested that President Trump didn’t like Joseph Maguire and nominated  Richard Grenell for the position. Trey Gowdy, however, said, “President Trump is entitled to an ODI that he has confidence in.”

“My sources on the hill tell me [President Trump] was not upset with Maguire. This was a move that was coming anyway– he just happened to go with Ambassador Grenell,” Gowdy said, noting that Maguire can only be acting until March 11.

Gowdy reiterated that President Trump was not angry with Maguire, saying that he’s “hearing similar reporting from his buddies that have been with the president very recently,” adding, “Look, I think the president has a right to be upset when the intelligence community shares information with Adam Schiff– for years now– even when I was in Congress, he makes a b-line for The Washington Post, The New York Times and CNN.” Video Below

“I am sure he is upset. Why would you trust Adam Schiff for the 100th time? But my sources tell me that is not why he got rid of Maguire and it was coming anyway,” Gowdy added.

(Related: Trey Gowdy Slams Democrats For Calling On AG Barr To Resign: “About The Dumbest Damn Thing I Have Ever Heard”)