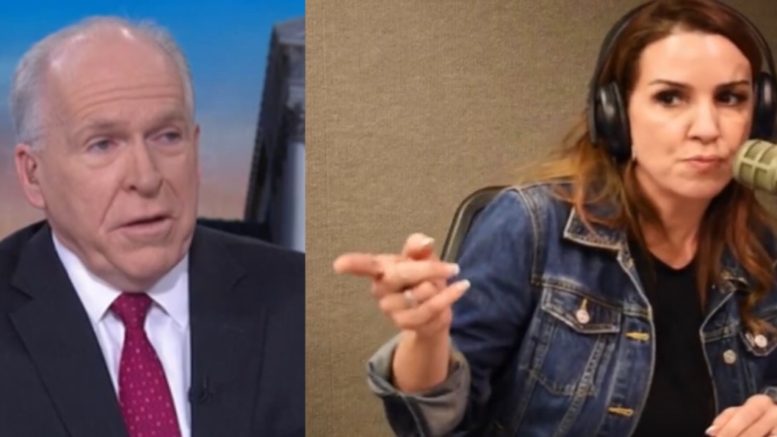 On Thursday, The New Times released an report, which alleged: “Intelligence officials warned House lawmakers last week that Russia was interfering in the 2020 campaign to try to get President Trump re-elected, five people familiar with the matter said, a disclosure to Congress that angered Mr. Trump, who complained that Democrats would use it against him.”

As reported by The New York Times:

The day after the Feb. 13 briefing to lawmakers, Mr. Trump berated Joseph Maguire, the outgoing acting director of national intelligence, for allowing it to take place, people familiar with the exchange said. Mr. Trump cited the presence in the briefing of Representative Adam B. Schiff, the California Democrat who led the impeachment proceedings against him, as a particular irritant.

Part of the president’s anger over the intelligence briefing stemmed from the administration’s reluctance to provide sensitive information to Mr. Schiff. After asking about the briefing that the Office of the Director of National Intelligence and other agencies gave to the House, Mr. Trump complained that Mr. Schiff would “weaponize” the intelligence about Russia’s support for him, according to a person familiar with the briefing.

John Brennan appeared very disturbed by the report and used the opportunity to attack President Donald Trump on Twitter. (Continued Below)

“We are now in a full-blown national security crisis. By trying to prevent the flow of intelligence to Congress, Trump is abetting a Russian covert operation to keep him in office for Moscow’s interests, not America’s,” John Brennan tweeted, Thursday.

Sara A. Carter reacted to Brennan’s attack toward the president by responding back on Twitter: Frankly, it’s so hard to believe that you led the CIA [d]own- pointing backhand index. After more than three years of investigations and IG reports that exposed the #RussiaHoax that used a foreign spy [Christopher] Steele to peddle a dossier of lies paid for by HRC campaign, DNC to coup @realDonaldTrump. You just can’t stop,” she told Brennan.

“It’s frankly quite sad, but Americans aren’t buying these load of lies anymore – even if [you] use the mainstream media to peddle it. Our president was elected by the people and no matter what, you can’t change it – despite all your attempts to do so,” Carter expressed. (Continued Below)

It’s frankly quite sad but Americans aren’t buying these load of lies anymore – even if u use the main stream media to peddle it. Our president was elected by the people and no matter what you can’t change it – despite all your attempts to do so.

Carter also responded to Maggie Haberman of The New York Times, who contributed to the article that alleges “Russia was interfering in the 2020 campaign to try to get President Trump re-elected”.

Seriously this will never end – once again w/ Russia -Looks like the left continually gets played by the Russians and helps peddle the Bears info war in the U.S. in another attempt to divide us. Who cares @maggieNYT what the Russians want – it’s Americans who elect the president https://t.co/bbmd19YBuy

John Brennan also reacted on MSNBC on Friday, claiming Joseph Maguire’s removal is a “virtual decapitation” of the Intel Community: