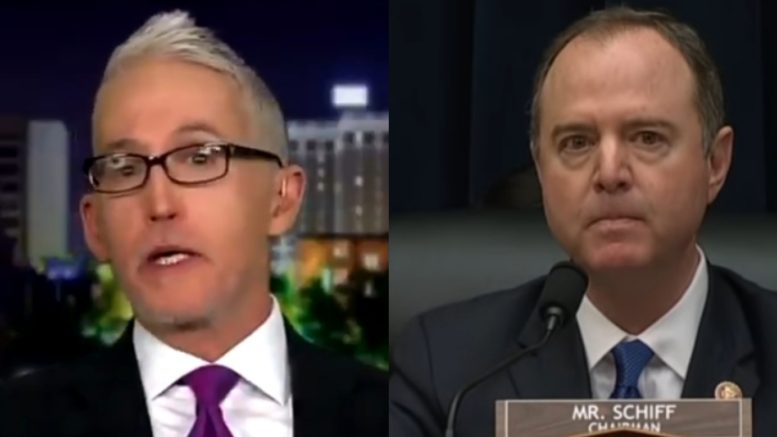 On Monday, former Congressman Trey Gowdy revealed why it’s possible for politicians, such as Adam Schiff, to get away with lying to the American public.

Gowdy made his assessment while weighing in on the latest “over-stated” claim that Russia was trying to help President Trump’s campaign.

As per CNN, intel official Shelby Pierson “told lawmakers on the House Intelligence Committee that Russia is interfering in the 2020 election with the goal of helping President Donald Trump get reelected.” However, after being pressed further on the issue, intel officials later assessed that “the US does not have evidence that Russia’s interference this cycle is aimed at reelecting Trump.”

“So, praise the Lord,” he continued. “It took two years last time, it took two minutes. For over a year, we were lectured by the DC media and the Democrats that no one is above the law. Remember that, Sean? How many times have we heard, ‘No one is above the law’, apparently except for whoever leaks classified information out of Adam Schiff’s committee.”

“So, what the intelligence committee needs– to give some thought to, is stop briefing someone who has a history and is an epidemic leaker,” Gowdy asserted. “Quit briefing him!” Video Below

Gowdy replied, “Unfortunately Sean, it is not against the law to lie to the American people. There should be a consequence, and I hope people in the people’s republic of California will remember it come November.”

“But, it’s…dirty little secret. It’s not a crime for politicians to lie to the American people, but it is a crime for you to lie to Congress,” he declared. Video Below