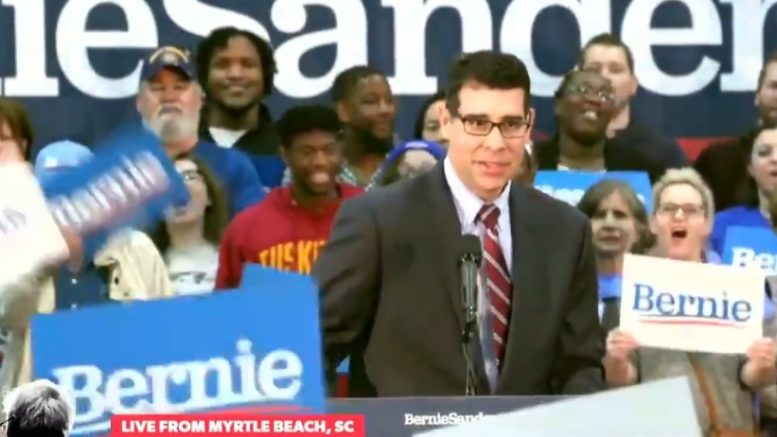 And now, his supporters appear to be proudly embracing the “socialist” title as well.

Related Article: Rep. Clyburn Claims Bernie Creates A ‘Real Burden’ For Democrats & It Will Be ‘Tough’ Holding On To Seats

While speaking at a campaign event for Sanders in Myrtle Beach, SC, mayor Stephen Wukela (Florence) drew applause from the crowd when asking them how it feels to be “a bunch of socialists” among a line of other questions.

Upon taking the stage in front a large number of Bernie supporters, Wukela asked, “How does it feel to be a bunch of radicals, huh? A bunch of revolutionaries? A bunch of socialists here in Myrtle Beach?”

Each short question was met with tremendous cheers from the audience. Video Below

Sanders is competing for his fourth straight victory of the Democratic primaries and is locked in a tight competition in South Carolina against former Vice President Joe Biden, who is looking for his first primary victory.

House Majority Whip James Clyburn, who endorsed Biden in South Carolina on Wednesday, has voiced concern that the possibility of Bernie as a nominee would create a “real burden” on Democrats trying to hold seats in moderate and conservative districts, due to his socialist ideology.

The 2020 South Carolina Democratic primary will take place on February 29, 2020.