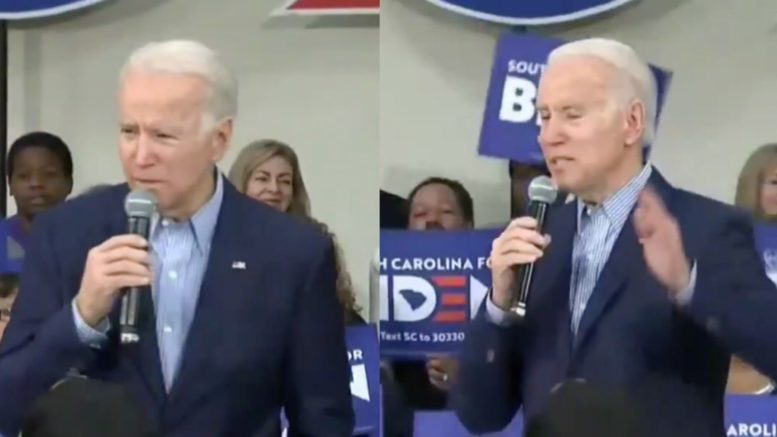 Former vice president and Democratic presidential candidate, Joe Biden, told voters in South Carolina on Friday, that he was looking forward to appointing the first African-American woman to the U.S. Senate.

Biden previously made another Senate-related gaffe, asking for people to vote him back into the chamber. “My name is Joe Biden. I’m a Democratic candidate for the United States Senate,” he said at a Democratic Party dinner on Monday.

Senators are only appointed by state governors in special cases. Otherwise, they’re chosen by voters in statewide elections, as reported by Fox News.

Biden could have been referring to Supreme Court nominations, which go to the U.S. Senate for confirmation. Sen. Kamala Harris, D-Calif., an African-American woman, would presumably help confirm that nominee as she serves on the Senate Judiciary Committee. Harris also competed against Biden for the 2020 Democratic nomination before dropping out of the race at the end of last year, as per Fox News.

The first African-American woman to serve in the U.S. Senate was Democrat Carol Moseley Braun of Illinois.

During a CNN town hall in October 2019, Senator Kamala Harris told the audience that her pronouns are “she/her/hers”. She identifies as black and Indian. (Video Below)

(Related: Joe Biden To ‘The View’: I Can Hardly Wait To Get President Trump On The Debate Stage)