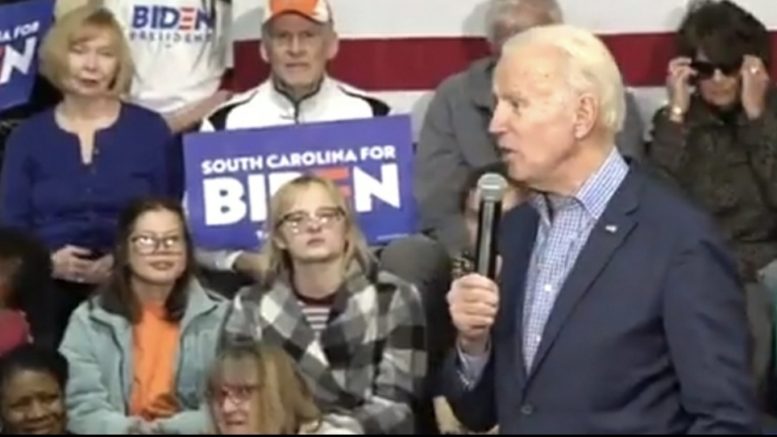 While speaking at a campaign event in South Carolina, told members of his audience who benefited Trump’s tax cuts that if he gets elected, he will raise taxes and not cut them.

Biden was mocking President Trump’s tax cuts, when he made the assertion.

Biden said,” By the way, how many of you did really well with that $1.9 trillion dollar tax cut that increased…really good shape right?”

Someone in the audience apparently signaled to Biden that the tax cuts really was a game-changer for their situation.

“But, guess what? If you elect me…your taxes are going to be raised, not cut if you benefited from that,” he asserted. Video Below

“I’m glad you’re doing good now, but guess what, if you elect me, your taxes are going to be raised, not cut.” pic.twitter.com/NBkQY6OnjI

At a seperate event, Biden claimed to have taken a job “teacher” and a “professor” after leaving the White House.

In ending, here is Biden saying he’s in the state of North South Carolina: