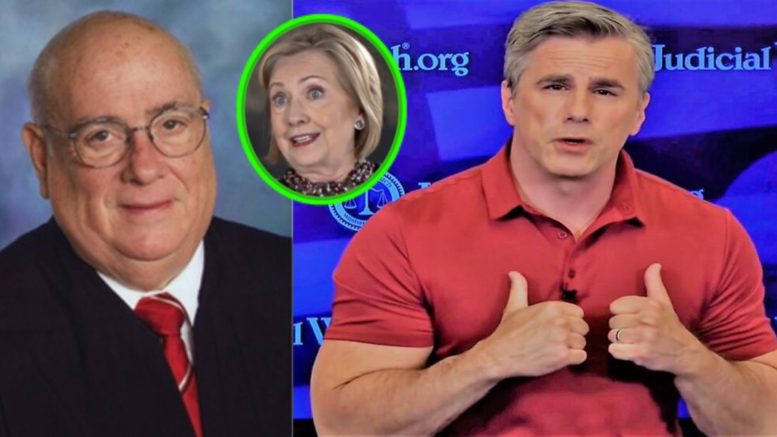 On December 6, 2018, U.S. District Court Judge Lamberth ordered Obama administration senior State Department officials, lawyers, and Clinton aides to be deposed or answer written questions under oath. The court ruled that the Clinton email system was “one of the gravest modern offenses to government transparency,” as reported by Judicial Watch.

Clinton has argued that she has already answered questions about this and should not have to do so again, but D.C. District Court Judge Royce C. Lamberth said in his ruling that Clinton’s prior testimony, mostly through written sworn answers, was not sufficient. (Continued Below)

According to Judicial Watch’s press release:

Discovery up until this point has brought to light a noteworthy amount of relevant information, but Judicial Watch requests an additional round of discovery, and understandably so. With each passing round of discovery, the Court is left with more questions than answers.

The Court has considered the numerous times in which Secretary Clinton said she could not recall or remember certain details in her prior interrogatory answers. In a deposition, it is more likely that the plaintiff’s counsel could use documents and other testimony to attempt to refresh her recollection. (Video Below)

And so, to avoid the unsatisfying and inefficient outcome of multiple rounds of fruitless interrogatories and move this almost six-year-old case closer to its conclusion, Judicial Watch will be permitted to clarify and further explore Secretary Clinton’s answers in person and immediately after she gives them. The Court agrees with Judicial Watch – it is time to hear directly from Secretary Clinton.

“Judicial Watch uncovered the Clinton email scandal and we’re pleased that the court authorized us to depose Mrs. Clinton directly on her email conduct and how it impacted the people’s ‘right to know’ under FOIA,” stated Judicial Watch President Tom Fitton.