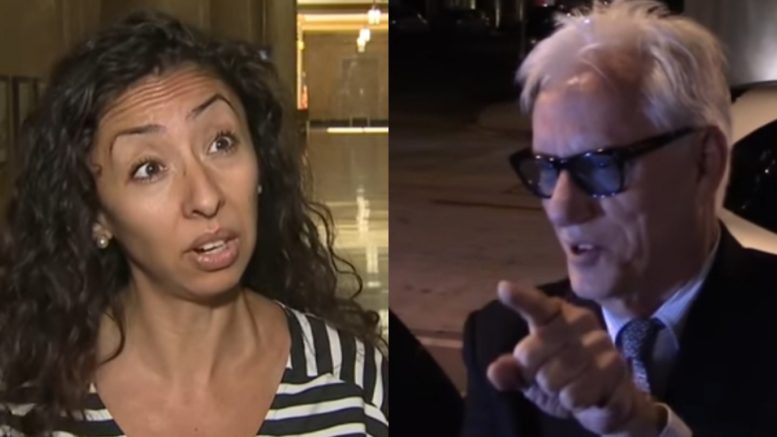 A Democrat government official from Colorado caused uproar after promoting a tweet depicting the mass spreading of coronavirus to Trump supporters at MAGA rallies.

It all started when Denver City Councilwoman Candi CdeBaca retweeted a post from another Twitter user, which has since been deleted, that said, “For the record, if I do get the coronavirus I’m attending every MAGA rally I can.”

CdeBaca replied to the tweet, where she voiced her approval of what was being implied along with laughing emojis and the hashtag #solidarity.

As a result, Twitterverse erupted with comments of disapproval under the councilwoman’s retweet, including several calls for her resignation.

In his reaction, conservative actor James Woods suggested CdeBaca was promoting “terrorism”, and said she was actually committing “insurrection,” which by definition is the act of revolting against an established government.

Related Article: Mark Levin At CPAC: “You Know What [Dems] Were Doing When The Coronavirus Broke Out? Impeachment”

Woods posted a screen shot of the original deleted tweet that CdeBaca commented on, and he tagged the FBI in it.

He then captioned it: “So that would be willfully spreading a deadly pathogen to others and inciting like-minded activists to do the same,” Woods tweeted  It is called terrorism. When you promote it on a government account, it’s called insurrection.” See Below

So that would be willfully spreading a deadly pathogen to others and inciting like-minded activists to do the same. It is called terrorism. When you promote it on a government account, it’s called insurrection. @FBI pic.twitter.com/dYBb5eIsgv

CdeBaca has since declared that she was being sarcastic in her initial “solidarity” post and took jabs at Trump to help explain herself.

1. Are you listening to ANYTHING Trump has said about the virus? 🤔
2. Do you realize Trump reduced the virus to a common flu?🤦🏾‍♀️
3. I know sarcasm is hard to read in a tweet, 🤷🏾‍♀️but you are usually a bit quicker than this. 😏
Next time I will use more emoji's just 4 you😉😑

In ending, here are some more responses to the Denver councilwoman’s initial retweet:

You should resign from the city council immediately you evil, soulless woman.

You should be ashamed of yourself for wanting Americans to die because of their political views. You are a stain on humanity and you should be removed from your government position. You are a threat to national security and have clearly violated ALL government codes of ethics.

You are in need of medical help. Please seek a doctor who can help you extinguish the hate in your heart. Vile.

You are a disgusting person.

STATEMENT: Colorado GOP calls on Councilwoman CdeBaca to resign over praising a social media post calling for Trump supporters to be infected with the coronavirus. #copolitics https://t.co/WX5LHawlBR pic.twitter.com/Ln0Q2ZDEbU