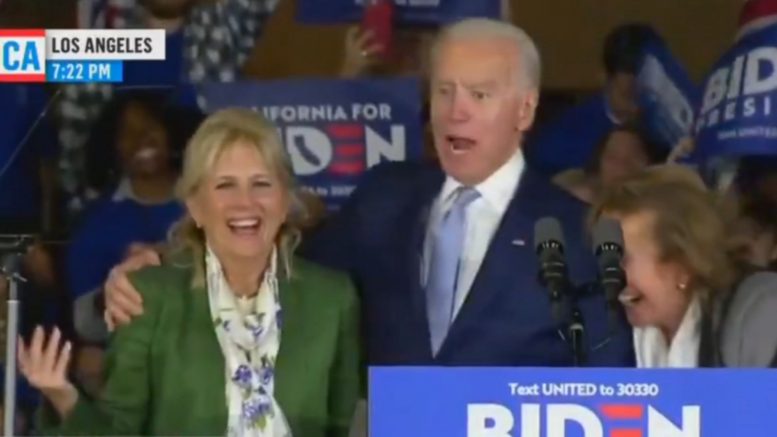 Presidential candidate Joe Biden confused his wife with his sister while addressing his supporters on Tuesday evening in Los Angeles, CA.

The mix-up occurred as Biden was joined on stage by his wife, Jill, and sister, Valerie, while celebrating his Super Tuesday victories.

While grabbing his wife’s hand, Biden said, “By the way, this is my little sister Valerie.”

Jill Biden tried saving her husband’s flub as she denied being Joe’s sister and laughed it off. It wasn’t until he turned to his actual sister that Joe realized the huge mistake he just made.

WATCH: Joe Biden confuses his wife with his sister. pic.twitter.com/HOPlV3Fkb4

Biden had a successful Super Tuesday as he won over half of the contests and is now enjoying a comfortable lead in the overall delegate count.

Here is video of his Tuesday night speech in LA: