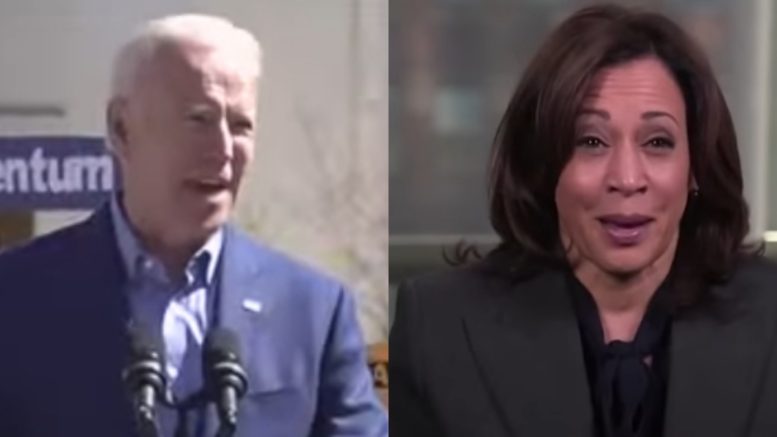 Democrat presidential frontrunner Joe Biden may have just spilled the beans and told his supporters that Senator Kamala Harris has endorsed him before she has gotten a chance to announce it.

The latest gaffe by Biden happened while he was speaking at a rally in St. Louis, Missouri on Saturday.

Related Article:  Joe Biden Confuses His Wife With His Sister During His Super Tuesday Speech In Los Angeles

Biden was in the process of thanking a list of former candidates for their support, which he said has made a “gigantic difference.”

just leaked that kamala is endorsing him

As of Saturday, Senator Harris has yet to officially announce an endorsement. Although last month, it was rumored that she was mulling an endorsement of Biden.

At the current rate, however, it wouldn’t be a surprise to see her back Biden over Bernie Sanders, as Bernie has yet to score an endorsement from any of the former candidates.

In ending, here is video of Biden voicing confidence in his election chances to his St. Louis supporters: