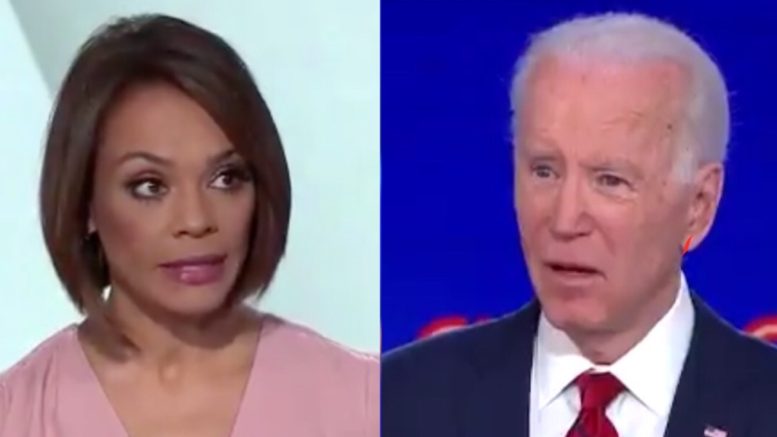 Sunday during CNN’s Democratic debate in Washington, D.C., former Vice President Joe Biden said that if elected president “in the first 100 days of my administration, no one, no one will be deported at all”.

Biden also suggested that he backs sanctuary cities and said that police should not report illegal immigrants arrested by police officers to ICE.

“Vice President Biden, you recently said for the first time that the Obama-Biden administration made a big mistake in deporting millions of immigrants. But you didn’t publicly speak out against it at the time. What commitment will you make tonight that as president you won’t deport millions again?” Univision’s Ilia Calderón asked.

Joe Biden responded: “Number one, I said that it took much too long to get it right. And the president did get it right by DACA as well as making sure that he tried to protect parents as well and by the way, moving on immigration bill as well.”

“The fact is, we already had a vote on immigration bill, by the way, and Bernie voted against it– the immigration bill. Had he voted for it in the past, we’d already have 6 million undocumented would be citizens as I speak right now,” Biden said.

“But I will send to the desk immediately a bill that requires the access to citizenship for 11 million undocumented folks, number one. Numer two, in the first 100 days of my administration, no one, no one will be deported at all. From that point on, the only deportations that will take place are commissions of felonies in the United States of America,” he announced. (Continued Below)

(Related: Joe Biden Announces He Is Adding Plans From Bernie & Warren To His Campaign Platform)

Calderón asked: “So to be clear, only felons get deported in everyone else gets to stay?” to which Biden responded: “Period. Yes. Yes. And the reason that is, it’s about uniting families. It’s about making sure that we can both be a nation of immigrants, as well as a nation that is decent.”

Calderón then asked Biden: “You opposed sanctuary cities as a presidential candidate in 2007. Where do you stand now? Should undocumented immigrants arrested by local police, be turned over to immigration officials?” to which Biden responded: “No.” (Video Below)

Joe Biden: “in the first 100 days of my administration, no one, no one will be deported at all” #DemDebate pic.twitter.com/PiiPsBCDVX