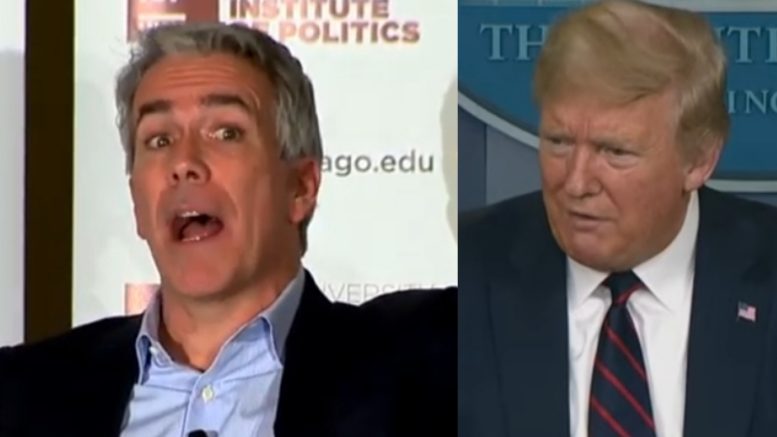 Former Republican presidential candidate Joe Walsh may have just broken the record for the amount of times a politician has used the F-Bomb in a Twitter rant.

The so-called ‘conservative’ was apparently set off by the way President Trump handled Friday’s coronavirus press briefing, and he let his followers know just how triggered the president has made him throughout the crisis.

“He doesn’t give a F*** about the Americans who’ve been killed by this virus,” he added.
Every F***ING word is about him. F*** Trump.” See Below

Every FUCKING word is about him.

But it didn’t stop there, as Walsh then called on Americans to “wake the F*** up.”

Wake the FUCK up America. You’re stuck at home, you lost your job, your wife is sick, your mom died, all because Donald Trump didn’t give a FUCK about this virus. He ignored it. He lied to you about it.

And if you FUCKING give this lying coward another 4 years, then FUCK us all.

Related Article: Joe Walsh Melts Down Over Trump’s Retweet Of Mayor Going Potty With Mic On: “Trump Must Lose”

Finally, Walsh ended his rant by suggesting Trump is “lying” to Americans and ignored all warnings about the coronavirus because he only cares about “winning the election.

Whoa! Is he triggered or what?

Walsh’s F-bomb-laden tirade conveniently comes in wake of his new book titled “F*ck Silence” that he has been self-promoting.