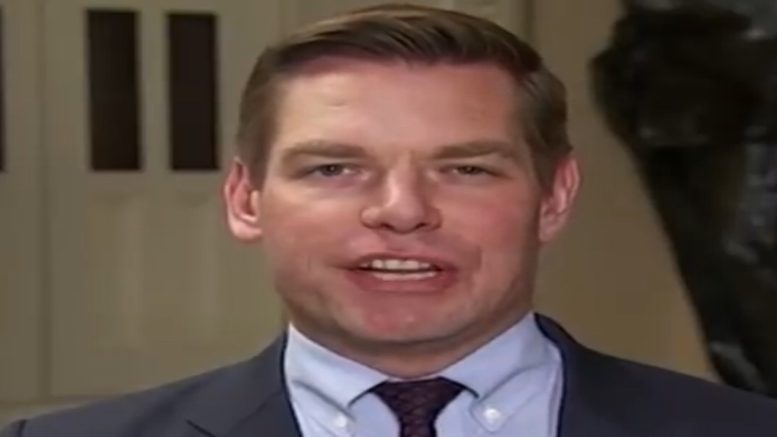 Former Democratic presidential candidate, Rep. Eric Swalwell (D-CA), took to Twitter on Saturday to ask his followers about “peanut butter”, while people are currently staying at home amid the coronavirus pandemic.

“Anyone else going through a jar of peanut butter a week?” Swalwell asked.

Anyone else going through a jar of peanut butter a week?

Last May, Swalwell shared his love of peanut on Twitter in another post saying: “My late-night craving is a spoonful of peanut butter. Trying to be healthier, I recently bought the ‘reduced fat’ jar of Jif. I’ll have the fat back, please.” (Continued Below)

According to Live Strong, peanut butter is made by grinding roasted peanuts into a paste. The National Digestive Diseases Information Clearinghouse, or NDDIC, reports that foods comprised mainly of fat and protein — including peanut butter — are not likely to cause flatulence.

Other nutrients in the peanut butter, however, such as fiber and carbohydrates, are a trigger for gas. Peanuts also are among the eight foods most often to cause allergy, and flatulence is a mild symptom of a food allergy and intolerance, as per Live Strong.

After asking his question about peanut butter on Saturday, Swalwell instantly got trolled by Twitter users who associated his liking of peanut butter to his purported flatulence that occurred on live TV last year. (Continued Below)

Last November, Swalwell shook social media into a frenzy after a video purportedly showed him accidentally passing gas while appearing live on Hardball With Chris Matthews. Swalwell was discussing public impeachment hearings when a “massive fart” noise eclipsed his entire interview, as reported by The Freedom Times.

No, but I do have a case of Beano I can ship to you

Are you a creamy or a nutty man?

Well, that explains a lot.

No, I use toilet paper

Maybe get some TV dinners? You can nuke them pretty quickly.

Prolly why dude farts like a buffalo on live tv

Please stay away from the pork and beans!!

No matter how hard you try to seem relatable, your time will never come.

We leave you with Eric Swalwell defending himself against #Fartgate allegations: