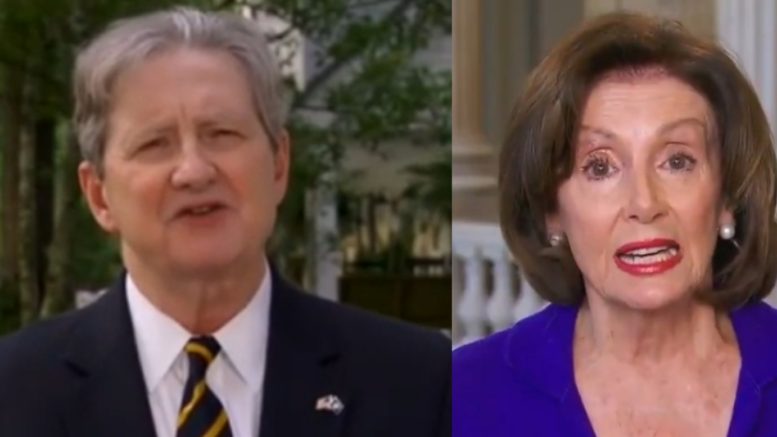 Senator John Kennedy (R-LA) had some choice words for House Speaker Nancy Pelosi on Monday in reaction to her criticism of President Trump’s initial response to the coronavirus pandemic.

Over the weekend, Pelosi claimed President Trump “fiddles” while “people are dying,” and she suggested there will be an “after-action review” to get to the bottom of what he knew and when he knew about it.

“The president – his denial at the beginning was deadly. His delaying of getting equipment to where it’s needed is deadly,” Pelosi told CNN’s Jake Tapper.

“I don’t know what the scientists said to him: When did this president know about this and what did he know. What did he know? When did he know it?” she questioned. “That’s for an after-action review. But as the president fiddles, people are dying.”

Fox News host Martha MacCallum played a clip of Pelosi saying the above remarks for Mr. Kennedy, who then issued a prompt response. See Below

“If we listened to Speaker Pelosi, when we’re old we’ll all be eating cat food out of a can,” he declared.

“If I were the President, I would ignore her. I know it’s hard for him to do that. But the fact that she would persist in trying to politicize this at a time of a national tragedy, I find obscene,” Kennedy concluded. Video Below