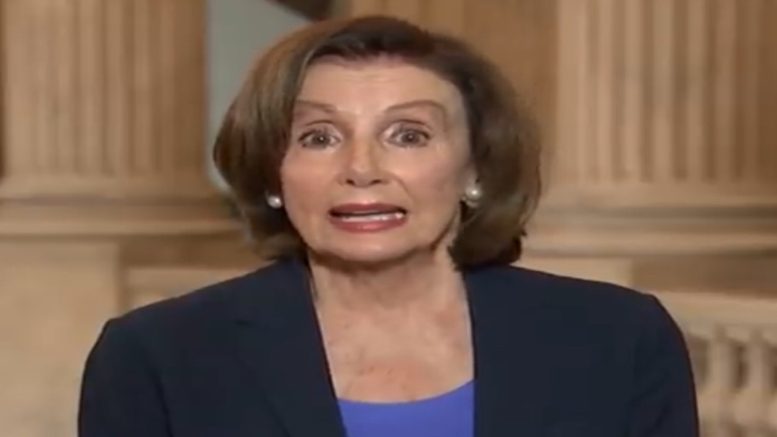 During a Tuesday interview on MSNBC’s “Morning Joe”, House Speaker Nancy Pelosi (D-CA) said that America needs to move toward a “vote by mail” system to give citizens a safe way to elect their lawmakers amid the coronavirus pandemic.

“In terms of the elections, I think we’ll probably be moving to vote by mail,” Pelosi said.

“That’s why we wanted to have more resources in this third bill that just was signed by the president, to get those resources to the states to facilitate the reality of life: that we are going to have to have more vote by mail,” Pelosi stated.

“And would hope that we would also have some funding, which was rejected for the postal service– it would implement the vote by mail,” she continued. “As well as implementing right now getting equipment where it needs to be when it needs to be by mail. Our election systems– the integrity of the election system is central to our democracy. Well, how could anyone oppose or enabling the states to have it by mail, raises so many other questions. But let’s just be hopeful and have public opinion way in on that.”

“I think that it’s necessary for our country to have a strong Republican Party, and I feel sad that the president does not have confidence that his party [can] convince the American people about a path to go forward,” Pelosi also said.

President Trump, however, said Monday in an interview on “Fox & Friends” that the vote-by-mail proposal in the original Democrat-backed House version of the coronavirus stimulus bill would have ensured that no Republicans were ever elected again. Continued Below

“The things they had in there were crazy. They had things, levels of voting that if you ever agreed to, you would never have a Republican elected in this country again,” President Trump said.

“They had things in there about election days and what you do and all sorts of drawbacks. They had things that were just totally crazy and had nothing to do with workers that lost their jobs and companies that we have to save,” he added.

The President reacted to Pelosi’s interview on Twitter Tuesday writing: “I watched a portion of low rated (very) Morning Psycho (Joe) this Morning in order to see what Nancy Pelosi had to say, & what moves she was planning to further hurt our Country,” he tweeted. “Actually, other than her usual complaining that I’m a terrible person, she wasn’t bad. Still praying!” Video Below

People across the United States are taking the necessary steps to stay safe and healthy during the #Coronavirus crisis.

Not only will we continue fighting to meet their needs, but we will ensure their fundamental rights are protected. Our country needs vote-by-mail. pic.twitter.com/K1XYcyDn8i

President Trump on “vote by mail”:

Trump, on expanding voting: “They had levels of voting, that if you ever agreed to it you'd never have a Republican elected in this country again." pic.twitter.com/ly4LYQqmo8

(Related: Pelosi Implies That She Holds No Responsibility For Congress’s Slow Response On COVID-19)