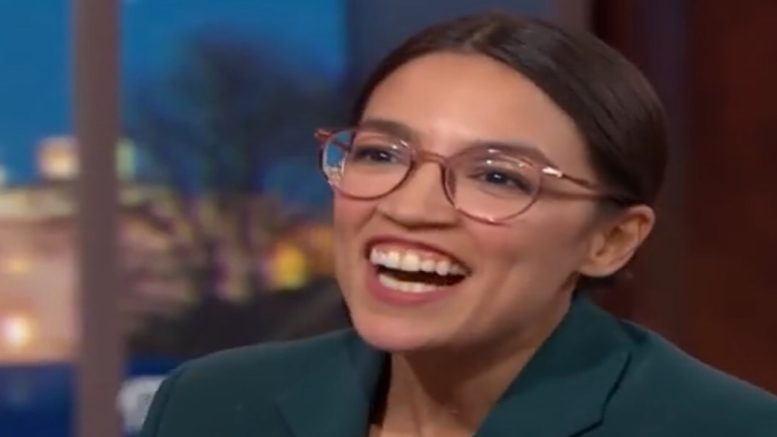 Rep. Alexandria Ocasio-Cortez (D-NY) took to Twitter on Friday, saying that the COVID-19 deaths are “spiking in black + brown communities” due to “racism”.

She also suggested that the federal government’s Coronavirus response be “drafted with a lens of reparations.”

“Why?” she asked. “Because the chronic toll of redlining, environmental racism, wealth gap, etc. ARE underlying health conditions. Inequality is a comorbidity.”

“COVID relief should be drafted with a lens of reparations,” Ocasio-Cortez suggested.

Ibram X. Kendi, a “Director of Antiracist Research” at American University shares AOC concerns but noted in a recent article in The Atlantic that the data just don’t exist (yet), reported Bongino. Continued Below

The Centers for Disease Control and Prevention’s information site does not offer racial data. Neither does the Johns Hopkins University database used by CNN, The New York Times’ count, nor the COVID Tracking Project. Few states, municipalities, or private labs are releasing their data by race, as reported by The Atlantic.

But no conservative, centrist, or progressive can say for sure whether race or class or even their intersection is the salient divider during the pandemic. We have data on neither the class nor the race of victims, let alone the intersectional data that would allow us to assess, say, whether poor Asian women are dying at higher or lower rates than poor white women; or whether white elites and Latino elites are being infected at similar or dissimilar rates. We just don’t know, reported The Atlantic. Continued Below

Why? Because the chronic toll of redlining, environmental racism, wealth gap, etc. ARE underlying health conditions.

Inequality is a comorbidity. COVID relief should be drafted with a lens of reparations.

Upon reading AOC’s tweet, Twitter users blasted the New York congresswoman. We leave you with a few highly engaged responses:

Diabetes, a risk factor, and cause of kidney disease is the reason. Black, brown and white Americans have diabetes because the “experts” diet recommendations in the 70’s created an obese & unhealthy nation…because corporations profit from it.

But yea, “inequality” or something

But go ahead and blame racism instead of your failing party

My hero Occasional Cortex @AOC has demonstrated to the world how one could engage in cognitive distancing from reality. She likes to be several light years distant from science, logic, reason, and common sense. But when it comes to peddling victimology, she is right there!

You’re amazing. You can pull the race card on anything 😂😂😂