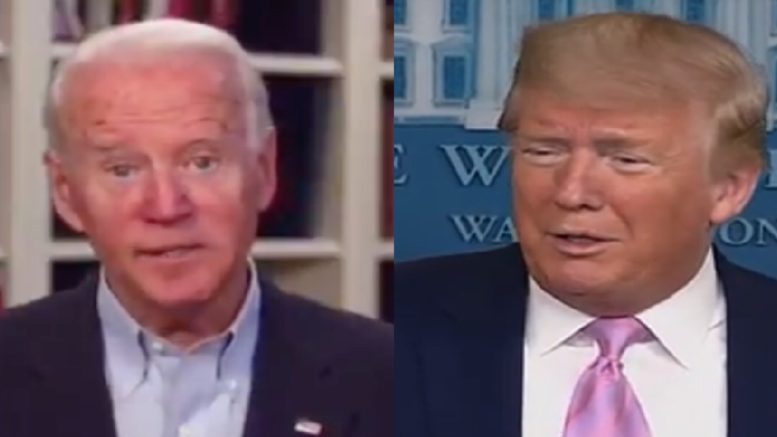 During a live stream this week, former Vice President Joe Biden suggested that President Donald Trump was holding up coronavirus checks so that he could “put his signature on a physical check.”

“No American should have to wait a single minute so Donald Trump can put his signature on a physical check,” said Biden.

“We need to get direct cash relief payments out to as many people as possible and as quickly as possible. Again, this may sound straight forward, but no American should have to wait a single minute so Donald Trump can put his signature on a physical check,” Joe Biden claimed.

“It isn’t about him, it’s about families that need the cash now. Payments should be electronically made or by a prepaid debit card. And they should be going out the door now,” he said.

Biden is possibly referring to a recent Wall Street Journal report from late last week. The paper reported that according to an administration official, the president had told people he wanted his signature to appear on the direct payment checks. Though that would be unusual, there’s no evidence that’s actually holding up payments, reported NBC News.

Trump administration officials have said the money will go out via direct deposit and physical check within weeks, but logistical and technological issues are expected to delay many of the payments. “if we have your information, you’ll get it within two weeks,” Treasury Secretary Steven Mnuchin told reporters Thursday during the White House briefing, as per NBC News. Video Below

Joe Biden: "No American should have to wait a single minute so Donald Trump can put his signature on a physical check." pic.twitter.com/FAwxNgtrp8

We leave you with a few more instances Biden appeared to mistake this week:

Joe Biden says President Trump should establish a task force with someone in charge…President Trump put one together in Januaryhttps://t.co/37loumbhHe pic.twitter.com/Iah6ZIcotc

Joe Biden says he “just realized” after over 17 minute interview that he wasn’t looking at the camerahttps://t.co/mClq9lPgbp pic.twitter.com/R8PmbXX24p