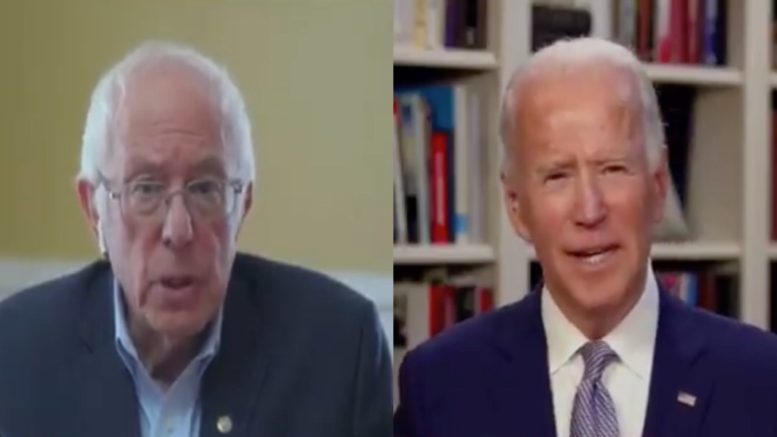 Democratic presidential candidate and former Vice President Joe Biden spoke to Craig Melvin on NBC’s “TODAY”, discussing the coronavirus outbreak and how the crisis may impact the November election.

He also talked about his Democratic rival, Bernie Sanders, saying he wouldn’t choose him as a vice president, but admitted he agrees with “many” of the things Bernie has “worked so hard to do”.

Craig Melvin asked Joe Biden during the interview if he had spoken to Bernie Sanders about a possible vice presidential pick, to which Biden said, “No.”

“Look, Bernie has an incredible following. Bernie is one of probably half a dozen people in American history who may not be the nominee but has had an impact on American politics in a significant way and a positive way,” he claimed.

“And so, if I’m the nominee, I can tell you one thing: I would very much want Bernie to be part of the journey, not as a vice presidential nominee, but just engaging in all the things that he’s worked so hard to do, many of which I agree with,” Biden admitted.  Video Below

Joe Biden on agreeing with “many” of the things Bernie Sanders has “worked so hard to do”:

Joe Biden: “very much want” socialist Bernie Sanders in campaign to push issues, “many of which I agree with”https://t.co/T4tePmUw4v pic.twitter.com/0EKOQ0lNWF

Biden, however, in his interview said “we cannot delay or postpone” the November election: