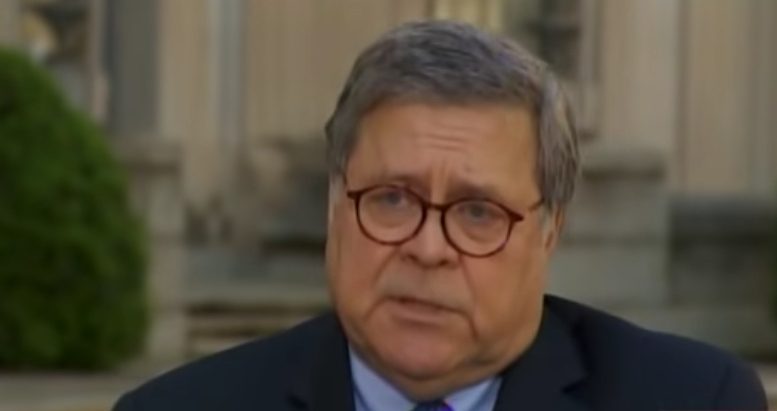 During the interview, Barr reiterated that Durham’s investigation was specifically opened to look into whether or not criminal activity was carried out, and if so, to bring those people to justice.

Related Article: Comey Admits His Handling Of The FISA Process Was ‘Not Acceptable’, Gowdy Reacts: “Comey Is Two Years Too Late”

The Attorney General said thus far the evidence indicates far more than “sloppiness” was at play regarding how intel agencies handled the probe against President Trump and his campaign, and he vowed that his team will “get to the bottom of it.”

“My own view is that the evidence shows that we’re not dealing with just the mistakes or sloppiness,” Barr said. “There was something far more troubling here. We’re going to get to the bottom of it. And if people broke the law and we can establish that with the evidence, they will be prosecuted.”

Ingraham then brought up President Trump’s frustrations over those who were involved in the probe against him and how they have, so far, been able to get off the hook without any repercussions.

“I think the president has every right to be frustrated because I think what happened to him was one of the greatest travesties in American history,” Barr said.

“Without basis, they started this investigation of his campaign,” he continued. “And even more concerning, actually, is what happened after the campaign, a whole pattern of events while he was president to sabotage the presidency, and I think that — or at least have the effect of sabotaging the presidency.” Video Below