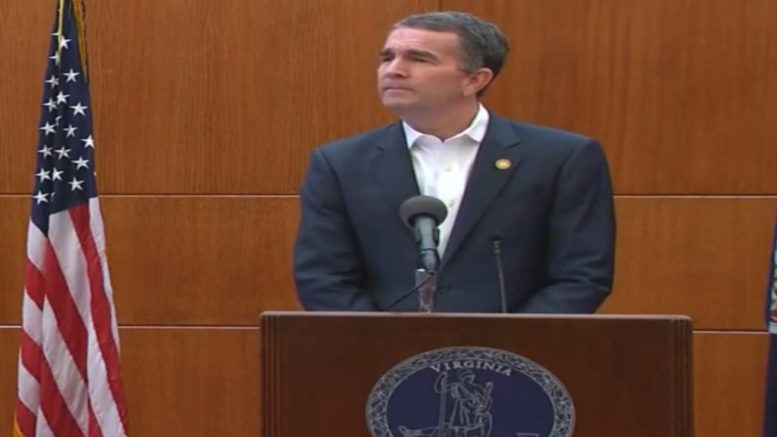 Virginia will no longer require voters to show a photo ID prior to casting a ballot after Democratic Governor Ralph Northam announced Sunday in a press release that he signed legislation to repeal the state’s voter ID law, claiming it will “strengthen our democracy”.

“Voting is a fundamental right, and these new laws strengthen our democracy by making it easier to cast a ballot, not harder,” said Governor Northam. “No matter who you are or where you live in Virginia, your voice deserves to be heard. I’m proud to sign these bills into law.”

Governor Northam signed the following bills according to a press release:

House Bill 1 and Senate Bill 111, sponsored by House Majority Leader Charniele Herring and Senator Janet Howell, respectively, allow early voting 45 days prior to an election without a stated excuse. Virginia currently requires voters who wish to vote absentee to provide the state with a reason, from an approved list, why they are unable to vote on Election Day.

House Bill 19 and Senate Bill 65, sponsored by Delegate Joe Lindsey and Senator Mamie Locke, respectively, remove the requirement that voters show a photo ID prior to casting a ballot. Voter ID laws disenfranchise individuals who may not have access to photo identification and disproportionately impact low-income individuals, racial and ethnic minorities, the elderly, and individuals with disabilities.

House Bill 108 and Senate Bill 601, sponsored by Delegate Joe Lindsey and Senator Louise Lucas, respectively, make Election Day a state holiday, which will help ensure every Virginian has the time and opportunity to cast their ballot. In order to maintain the same number of state holidays, this measure repeals the current Lee-Jackson Day holiday, established over 100 years ago to honor Confederate generals Robert E. Lee and Stonewall Jackson. Continued Below

The new laws were admired by Democrats:

“We need more access to the ballot box, not less,” said Senator Louise Lucas. “I am so proud to be a part of new laws that expand access to voting and make our Commonwealth more representative of the people we serve. Today is a historic day.”

“Our democracy relies on equal access to the ballot box,” said House Majority Leader Charniele Herring. “I’m grateful to the Governor for his partnership in breaking down barriers to voting, and ensuring all Virginians have the opportunity to exercise this fundamental right.”

“Virginia’s photo ID law was designed to make it more difficult to vote,” said Delegate Joe Lindsey. “It is past time we repealed this law, and I’m grateful to the Governor for helping us get it done.”

I have signed legislation that repeals Virginia’s voter ID law, makes Election Day a state holiday, and expands access to early voting. Voting is a fundamental right––these laws strengthen our democracy by making it easier to cast a ballot, not harder.https://t.co/Uvaocr1pHH