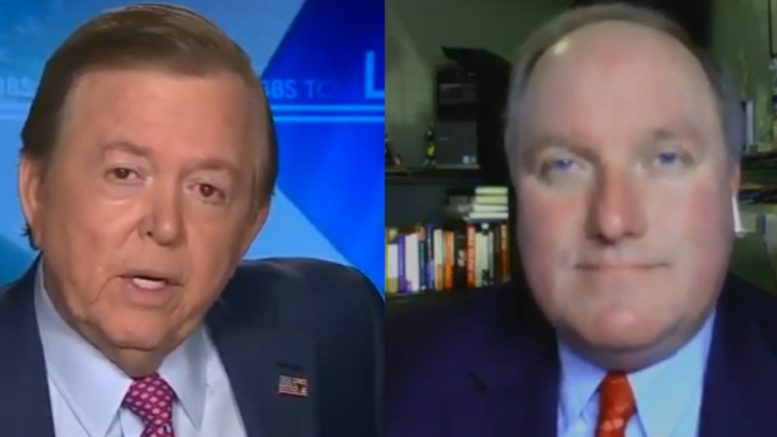 Investigative reporter John Solomon signaled that a “handful of indictments” could be coming related to John Durham’s investigation into the origins of the Trump/Russia probe.

Solomon made the assessment while weighing in on the new body of unredacted FISA information that was recently released, which showed that the FBI “did not have high confidence” in Christopher Steele’s dossier and “assessed that the referenced subset was part of a Russian disinformation campaign to denigrate US foreign relations.” However, they used the dossier anyway to help obtain a FISA warrant.

Related Article: Barr On Durham’s Probe: “We’re Not Dealing With Just Mistakes & Sloppiness — There Was Something Far More Troubling”

Fox Business host Lou Dobbs questioned Solomon when those involved in the “coup” attempt against President Trump will be held accountable.

Solomon replied, “There is some fairly significant at this very moment — this week — the last couple weeks Lou, that there is some criminal investigative activity that I think will result in some actions coming out,” Solomom said.

“So, it’s not going to be a lot — don’t expect 10 or 12 indictments — but there could be a handful of indictments and much more information,” he added. Video Below

“One more important thing: the FBI had something right. There was a campaign that was taking information and trying to influence the election, it just wasn’t Donald Trump’s campaign. It was Hillary Clinton through the person of Christopher Steele and his Russian informants.

“That has to be resolved,” he declared. “And one of the documents that are still sitting out there unchallenged — the intelligence assessment.”

“We said — our intelligence community said that the Russians are trying to help Trump win, Hillary lose. That does not appear to be the case from the new body of evidence,” Solomon concluded. Video Below

In ending, here is a recent clip of Attorney General William Barr saying that if Durham finds someone broke the law during the Trump/Russia investigation, they will he prosecuted:

AG Barr: "If people broke the law and we can establish that with the evidence, they will be prosecuted." #QAnon pic.twitter.com/gNGe1MHnl7