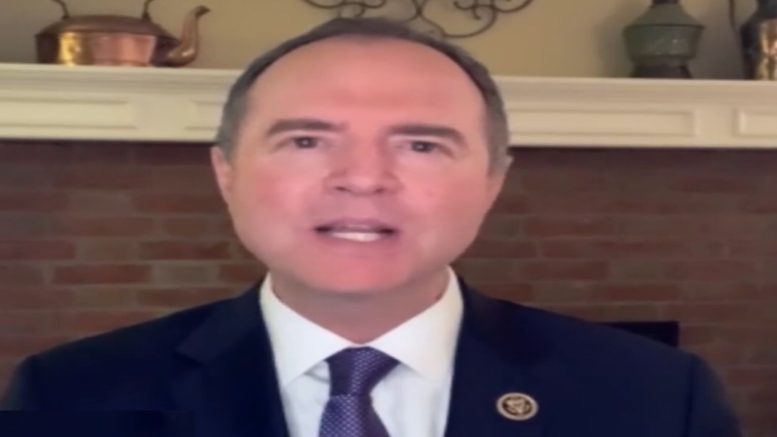 Rep. Adam Schiff (D-CA) spoke with host Chris Hayes on MSNBC’s “All In” on Friday, implying that President Donald Trump has done “an awful lot of damage”, amid the coronavirus pandemic, because he was not removed from office, as the Senate voted to acquit him.

“There’s really one thing I’d have to say that haunts me from that [impeachment] trial,” Schiff said. “… where we knew we had to answer the question to the Senators, ‘Okay, essentially House managers, you proved him guilty. Does he really need to be removed? After all, we have an election in nine months. How much damage could he really do?'”

Rep. Schiff told Hayes the House managers “posed that question to the Senate” adding: “We answered it by saying he could do ‘an awful lot of damage’. But frankly Chris, I don’t think we had any idea how much damage he would go on to do in the months ahead.”

“But you know, probably the strongest echo of what we were talking about during the trial, was when he was earlier talking about how he didn’t want to return the calls from governors– he didn’t want his vice president to return the calls … that weren’t saying nice things about him– that he could then turn into campaign commercials, as indeed he has,” Schiff went on to say.

“That was such a profound and disturbing echo of what he tried to do with Ukraine. So sadly, as we pointed out during the trial, a man with no moral compass will never find his way. And this president certainly hasn’t,” he alleged. Video Below

Rep. Adam Schiff’s remarks begin at 2:45 into the video:

Known liar, clown, fraud, oxygen thief, serial hoaxster, and all-around garbage-person, sleazy Adam Schiff is doing everything he can to make this awful situation worse. There aren’t many people walking this planet who’ve done more damage than this sleazeball. 👇🏻👇🏻 https://t.co/84uFgXksUc