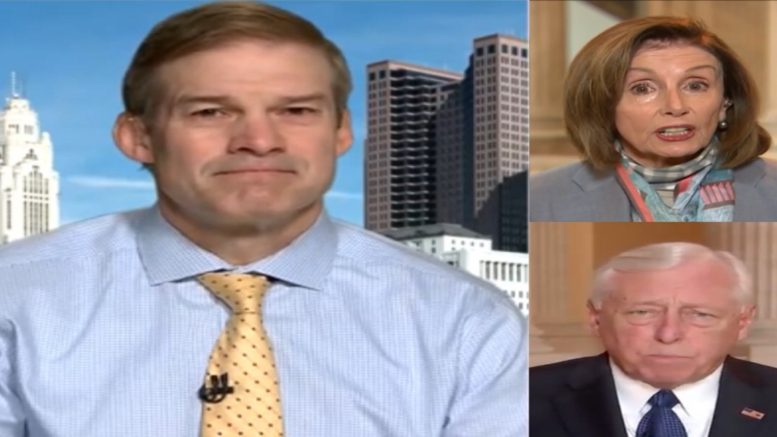 On Monday, Senate Majority Leader Mitch McConnell (R-KY) announced that the Senate will return to the Capitol next week,  and he outlined GOP priorities for a fifth coronavirus relief bill.

“Senators will return to Washington D.C. one week from today. We will modify routines in ways that are smart and safe, but we will honor our constitutional duty to the American people and conduct critical business in person,” McConnell said in a statement.

Hoyer told reporters that he came to the decision after consulting with the Capitol’s attending physician. “We made a judgment that we will not come back next week but that we hope to come back very soon,” Hoyer said. “The House physician’s view was the risk to members was not one he would recommend taking.”

House Speaker Nancy Pelosi (D-CA) also told reporters Tuesday that the House had “no choice” but to not reconvene. Continued Below

“We had no choice,” Pelosi claimed. “The Capitol physician recommends that we not come back, then we have to take that guidance in the interest of the safety of the people who work here, the custodians in the building, those who have to be here more because we’re here– the press, the staff, the members of congress, the staff of congress as well who make the congress run in addition to our own staff.”

Rep. Jim Jordan (R-OH), however, does not agree with Pelosi and Hoyer’s decision against returning back to D.C., and asked: “States are opening, why won’t Congress?”

“I mean, look, farmers are planting crops, truckers are moving good, grocers are stocking shelves and frontline health care workers have never stopped. They’ve been every single day throughout this crisis, but somehow the U.S. Congress can’t come back to work?” the Ohio Congressman asked during an interview on Fox News, Wednesday. Continued Below

“We’ve got Task Force meetings in the White House, … but the Task Force that’s supposed to meet and deal with big issues that confront our nation is the United States Congress. So let’s get back in session. … We can do it, I don’t know why we’re not back doing the work of the American people. It seems exactly that’s where we should be and unfortunately, Nancy Pelosi won’t call us back,” Jordan said.

“I hope we can just go back to work and get our economy up and running again,” he added. Video Below

President Trump believes Congress should also come back to work.