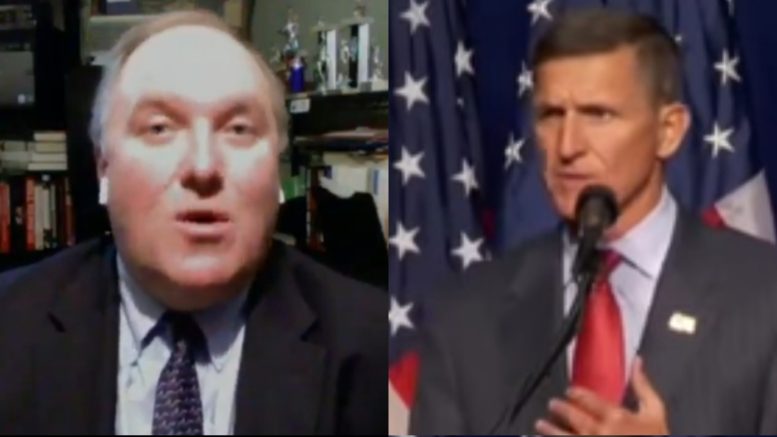 On Wednesday, investigative reporter John Solomon claimed that unsealed FBI notes related to General Michael Flynn’s case would put the FBI “in the darkest possible light” if they showed officials tried to “trick” Flynn into lying.

No sooner than Solomon made his prediction, the specified handwritten notes were released to the public, with the following bombshell transcription: “What is our goal? Truth/Admission or to get him to lie, so we can prosecute him or get him fired?”

Related Article: Unsealed Notes Reveal FBI’s ‘Goal’ Of Michael Flynn Interview: “Admission Or Get Him To Lie… Get Him Fired”

Prior to the documents being unsealed,  Solomon told Lou Dobbs, “Those notes are gonna show that the FBI was engaged in a conversation about how they could trick General Flynn into lying.”

He continued, “Rather than to resolve the issues that the investigation was designed to, there are references in these notes, according to my sources, to ‘playing games’ to ‘do we wanna resolve this or do we wanna catch him in a lie?’. If those are in the notes, as my sources have described them, it will put the FBI on the Flynn case in the darkest possible light.”

“You’ll actually have FBI proof that the FBI wasn’t trying to investigate facts neutrally. It was trying to ‘play a game,'” Solomon added. Flynn’s Reaction Below!

Following the release of the FBI notes, General Flynn appeared to be humbled by the chain of events, as he posted a peaceful view of the American flag blowing in the wind:

We leave you with Donald Trump Jr. reaction to Flynn’s post:

Imagine having your life and reputation ruined by rogue US govt. officials. Then years later when the plot finally comes to light the first thing you do is post an American flag. This is the guy they wanted you to believe was a Russian asset. 🙄 https://t.co/TI768Vijn2