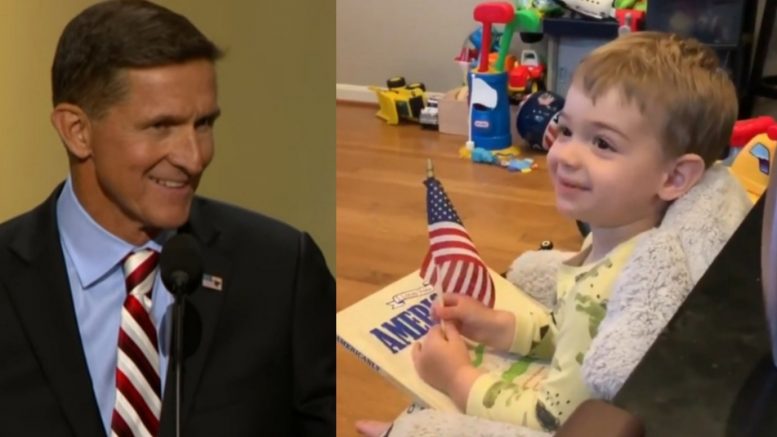 And that is exactly what General Michael Flynn portrayed in a video he posted just moments after the case against him was dropped by the Department of Justice.

Related Article: Trump Reacts After The DOJ Dismisses Its Case Against General Flynn: “What The Obama Administration Did Is Unprecedented”

Right as news began to circulate on the DOJ’s decision, Gen. Flynn uploaded a video of his young grandson holding an American flag while reciting the “Pledge of Allegiance”.

Flynn captioned it, “My grandson Travis…”and JUSTICE for ALL”. Video Below