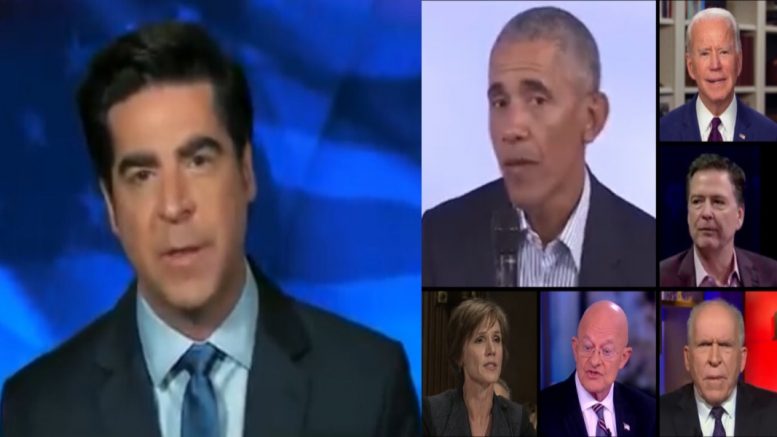 Obama’s knowledge of the details of Michael Flynn’s phone calls raised eyebrows because of his own history with Flynn — and because top FBI officials had secretly discussed whether their goal was to “get [Flynn] fired” when they interviewed him in the White House on January 24, 2017.

Obama personally had warned the Trump administration against hiring Flynn and made clear he was “not a fan,” according to multiple officials. Obama had fired Flynn as head of the Defense Intelligence Agency in 2014; Obama cited insubordination, while Flynn asserted he was pushed out for his aggressive stance on combating Islamic extremism.

After the briefing, Obama asked Yates and Comey to “stay behind,” and said he had “learned of the information about Flynn” and his conversation with Russia’s ambassador about sanctions. Obama “specified that he did not want any additional information on the matter, but was seeking information on whether the White House should be treating Flynn any differently, given the information.” A previous memo from Rice stated that Biden also stayed behind after the main briefing had ended. Continued Below

At that point, the documents showed, “Yates had no idea what the president was talking about, but figured it out based on the conversation. Yates recalled Comey mentioning the Logan Act, but can’t recall if he specified there was an ‘investigation.’ Comey did not talk about prosecution in the meeting.”

The exhibit continues: “It was not clear to Yates from where the President first received the information. Yates did not recall Comey’s response to the President’s question about how to treat Flynn. She was so surprised by the information she was hearing that she was having a hard time processing it and listening to the conversation at the same time.”

During Friday’s Fox News‘ “The Five”, co-host Jesse Watters ripped the Obama administration for setting up Flynn, saying, “This is an Obama scandal. This goes all the way to the top.” Continued Below

“This guy is gonna do down as probably the most corrupt politician ever. And you know why? Jesse Watters asked. “Because winners write history. And Donald Trump won in 2016, he’s probably gonna win again.”

“And each day he has his guys in there looking around, they’re finding more and more evidence that this thing was the most crooked, disgusting, thing that’s been perpetrated on a presidential campaign. They knew what was going on. These counter-intelligence investigations are only done for the Commander in Chief,” Watters explained. “They’re not done for the FBI or the CIA. They’re done for Barack Obama or whoever is president at the time.

“Watters suggested “they had to take Flynn out” because he was coming into the Trump administration, adding, “And he was gonna see all of the things they had done: the dossier, the wiretapping, the spies, the leaks, the lies. He was gonna have access to all of that intelligence and he was gonna blow the whistle on it. They knew they couldn’t get him any other way so, we now have evidence that there was an Oval Office meeting with Comey and Biden was there, and Barack Obama.” Video Below

He concluded by noting Comey mentioning the Logan Act, calling it a “BS excuse to hatch this sting”, adding: “They went in there trying to get the guy to lie, and he didn’t even lie. And you know what? They have texts that say this from [Peter] Strzok and [Lisa] Page, ‘The president wants to know what we’re doing. He’s keeping everyone aware of what we’re doing’. This goes all the way to the top.”

MUST SEE: @JesseBWatters takes on the CORRUPT Obama Administration! pic.twitter.com/HUIFDNoGuh

(Related: James Clapper: ‘It’s Disconcerting To Be Investigated For Having Done Our Duty & What We Were Told To Do By The President’)