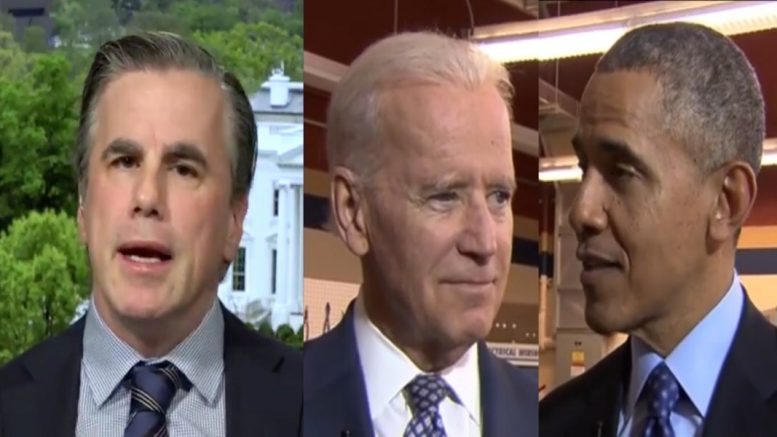 Obama’s knowledge of the details of Michael Flynn’s phone calls raised eyebrows because of his own history with Flynn — and because top FBI officials had secretly discussed whether their goal was to “get [Flynn] fired” when they interviewed him in the White House on January 24, 2017.

Obama personally had warned the Trump administration against hiring Flynn and made clear he was “not a fan,” according to multiple officials. Obama had fired Flynn as head of the Defense Intelligence Agency in 2014; Obama cited insubordination, while Flynn asserted he was pushed out for his aggressive stance on combating Islamic extremism.

After the briefing, Obama asked Yates and Comey to “stay behind,” and said he had “learned of the information about Flynn” and his conversation with Russia’s ambassador about sanctions. Obama “specified that he did not want any additional information on the matter, but was seeking information on whether the White House should be treating Flynn any differently, given the information.” A previous memo from Rice stated that Biden also stayed behind after the main briefing had ended. Continued Below

At that point, the documents showed, “Yates had no idea what the president was talking about, but figured it out based on the conversation. Yates recalled Comey mentioning the Logan Act, but can’t recall if he specified there was an ‘investigation.’ Comey did not talk about prosecution in the meeting.”

The exhibit continues: “It was not clear to Yates from where the President first received the information. Yates did not recall Comey’s response to the President’s question about how to treat Flynn. She was so surprised by the information she was hearing that she was having a hard time processing it and listening to the conversation at the same time.”

“That January 5 (2017) meeting was important in two respects,” Tom Fitton told Lou Dobbs. “In many ways, it launched a seditious conspiracy, the coup attack against the incoming president, in so many ways, in the sense, it ratified it out of the Oval Office”. Continued Below

Fitton clarified: “You had Barack Obama there, Joe Biden there. They talked about two topics: the [Steele] dossier and the Flynn wiretapping. According to Sally Yates, the way Obama was talking it, she looked back at it in retrospect and found ‘My gosh, he’s talking about throwing the Logan Act at Flynn'”.

“And it helped explain why [James] Comey was trying to get around the Justice Department and target Flynn with that sham investigation in that ambush interview to try and get him to lie about the wiretap that they already knew about– meaning, they already had the information about what he told the Ambassador,” said Fitton.

“So why go ask him any questions about it? What are they investigating? Either he did something wrong or he didn’t. He didn’t do anything wrong, but for in the head of Barack Obama, who cast his minion Comey, who followed through evidently by targeting Mr. General Flynn,” he continued.

The Judicial Watch President also said the dossier was used to “ambush president-elect Trump with the next day”, adding, “Not to brief him, not to provide a defensive briefing, but according to Comey’s own admissions to the IG, was to find out how he would react. And what did Comey do that day after that meeting? Trump was very angry, obviously.” Video Below

“[Comey] ran down to his car, started typing his little memo about what allegedly transpired, and then ran to the FBI headquarters, and had a secure video teleconference with the Crossfire Hurricane team, Strozk and company,” Fitton said.

“Obama knew, Biden knew, Yates was there, Brennan was there, Susan Rice was there,” Fitton pointed out. “The fact that [John] Durham or frankly anyone hasn’t questioned any of these people substantially about what went on there, to me is a miscarriage of justice thus far.”