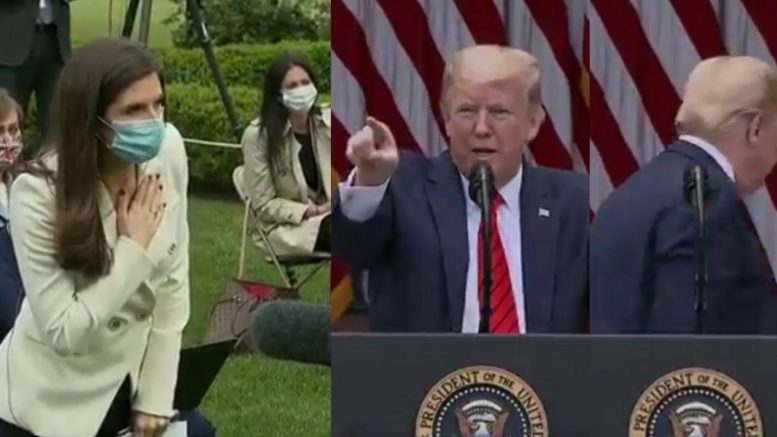 President Trump ended Monday’s coronavirus press briefing in classic fashion as he denied CNN White House Correspondent Kaitlan Collins her questions before she could even ask them.

The president then ended the press conference and swiftly stepped away from the podium, leaving Collins and other reporters in utter disbelief as to what just happened.

The situation unfolded when Trump called on Collins for one of the final questions after having a back and forth with another reporter for asking a “nasty question”.

“Go ahead,” Trump said to Collins. Before Collins could get out that she had ‘two questions’, Trump cut in and said, “No, it’s okay” and called for the next person to ask a question.

Collins argued, “But you called on me.”

Trump fired back, “I did and you didn’t respond, and now I’m calling on the young lady in the back.” Video Below

As Collins continued to talk over him, President Trump ended the press conference.

This is exactly why President Trump has stopped holding these briefings.

Why do these reporters still not understand that Coronavirus came from China and spread all over the world because of their lies?