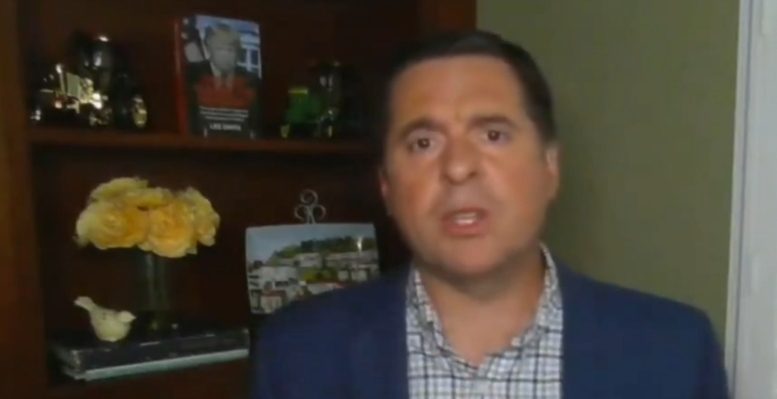 Congressman Devin Nunes revealed on Sunday that the original 302 report pertaining to General Michael Flynn’s interview with FBI agents has been missing since it was first used to brief Congress back in 2017.

Nunes finds it very troubling that the 302 appears to have vanished because he claims that it shows just how innocent General Flynn really is.

“So here’s what we know. This report when it was taken down, after that report was transcribed, we had people at the highest level at the FBI come brief us,” Nunes said. “Plus we had sources that gave us the same information that the FBI agents essentially said, ‘Look, there’s nothing to see here. Flynn wasn’t lying.’ And that’s what we were told on the record, so we knew this in 2017.”

He continued, “So you could imagine my astonishment when it began to leak out from the press that General Flynn was being busted for lying to the FBI,” And that that’s what the Mueller team, the dirty Mueller team — that’s what they were gonna bust him on.”

Nunes went on to say that questioned people at the highest levels of the FBI and DOJ, “What are you doing here? We have on the record from the highest level people that he didn’t lie to the FBI.” Video Below

“They had no possible way to bust him or indict him for lying to the FBI because then that means that the FBI had lied to us,” Nunes declared. “So, what happened was that report was doctored. And that report, we know it was doctored because the love birds (Strzok and Page), we have text messages of them doctoring the report.”

“But here’s the problem: The original report that was used to brief the United States Congress — that report is missing, it’s gone, poof! We can’t find it. That’s something General Flynn’s team should have,” he concluded. Video Below

.@DevinNunes says Congress was briefed on the original Flynn 302, which is now missing. pic.twitter.com/oms8aEkSVP