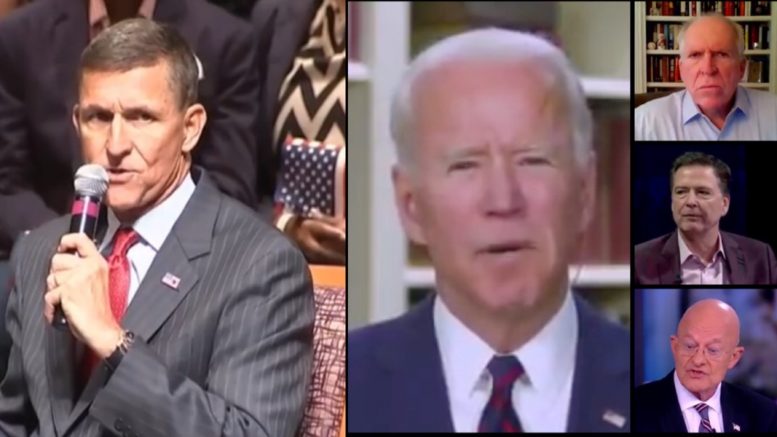 The document reveals that Biden had received information at least once in response to such an unmasking request on Jan. 12, 2017.

“I declassified the enclosed document, which I am providing to you for your situational awareness,” Grenell wrote to GOP senators.

“Each individual was an authorized recipient of the original report and the unmasking was approved through NSA’s standard process, which includes a review of the justification for the request,” the document said. “Only certain personnel are authorized to submit unmasking requests into the NSA system. In this case, 16 authorized individuals requested unmasking for [REDACTED] different NSA intelligence reports for select identified principals.” The document added: “While the principals are identified below, we cannot confirm they saw the unmasked information. This response does not include any requests outside of the specified time-frame.” Continued Below

The document comes one day after Biden told ABC News’ “Good Morning America” that he knew “nothing about those moves to investigate Michael Flynn,” and called the topic a “diversion” from the coronavirus pandemic.

Biden was pressed again and clarified: “I thought you asked me whether or not I had anything to do with him being prosecuted. I’m sorry. … I was aware that there was– that they asked for an investigation, but that’s all I know about it, and I don’t think anything else.” Continued Below

#FLYNN unmasking docs include these key details “Each individual was an authorized recipient of the original report and the unmasking was approved through NSA's standard process..While the principals are identified below, we cannot confirm they saw the unmasked information." pic.twitter.com/vz9W3uHPSz