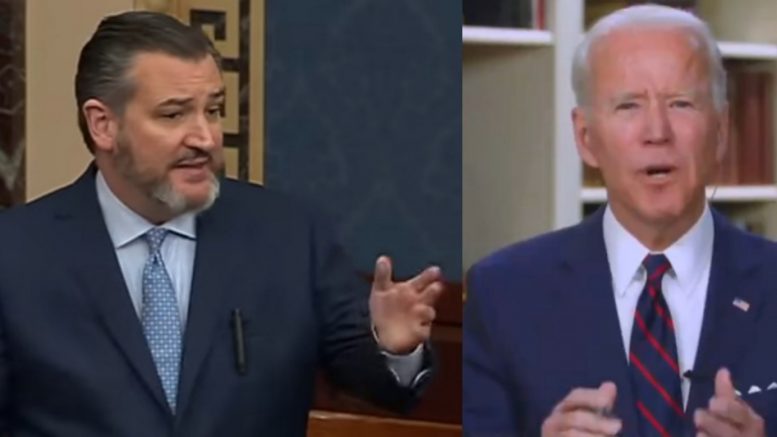 Senator Ted Cruz (R-TX) pointed out two “falsehoods” surrounding presumptive Democratic presidential nominee Joe Biden that have been revealed in a matter of 24 hours related to the case against General Michael Flynn.

During Tuesday’s interview with ABC’s George Stephanopoulos, the former vice president first denied knowing about the investigation of General Flynn before backpedalling and saying he was only “aware” that an investigation was started by the Obama administration after Stephanopoulos pressed him further on the issue.

Biden then suffered another blow on Wednesday, after a memo was declassified and released, showing that former Vice President Biden and other top Obama officials received information in response to “unmasking” requests targeting Army Lt. Gen. Michael Flynn in the final weeks of the Obama administration.

The document reveals that Biden had received information at least once in response to such an unmasking request on Jan. 12, 2017. Continued Below

Related Article: Rand Paul Calls For An Investigation In Wake Of Unmasking Bombshell: “Biden Was In This Up To His Eyeballs”

In response to bombshell revelations, Sen Cruz retweeted a clip of Biden’s ABC interview and captioned it, “TWO Biden falsehoods revealed in 24 hours.”

Moments later, Cruz trolled one of President Obama’s 2012 posts, where he says “I spy.”