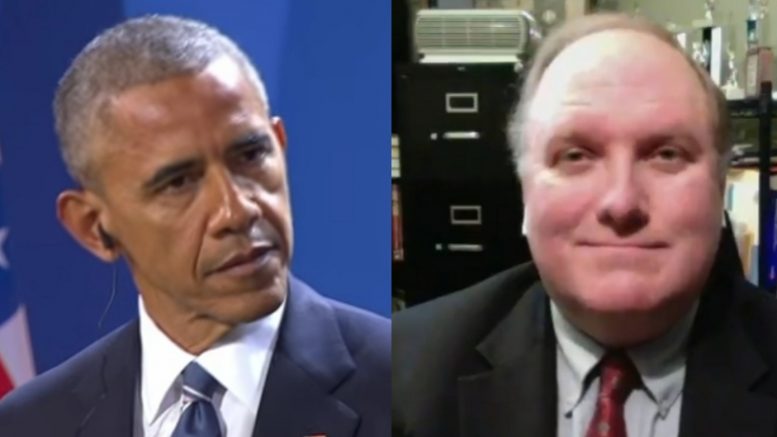 Investigative reporter John Solomon signaled ‘powerful’ evidence is set to come out within three to four weeks in relation to former President Obama & his administration’s apparent effort to undermine the Trump presidency.

The revelation came out while Solomon was being pressed by Lou Dobbs over why Senator Lindsey Graham isn’t showing any interest in bringing former President Obama to testify at Spygate-related hearings that are scheduled to begin in June.

Related Article: Sen. Graham Reportedly Responds To Trump’s Tweet Urging Obama To Testify: “I Don’t Think Now’s The Time For Me To Do That”

Solomon that while the scheduled hearings are great for transparency and accountability, Sen. Graham could be forced to reconsider his stance on Obama as he will have to “face the music of his own evidence” that is presented to the public.

“I know [Senator Graham’s] investigative staff very well. They’re very competent. They’ve been working very hard behind the scenes,” Solomon said. “They’re gonna have some big, big revelations that are not yet public that will move this narrative along and show just how far reaching the bureaucracy was.”

He added, “As for President Obama, there’s gonna come a moment after that first evidence is laid out in the hearings, where people are going to obviously say, ‘Hey, this started at the top with President Obama.'” Video Below

“And then I think Lindsey Graham will have to face the music of his own evidence and decide what he’s gonna do,” Solomon continued. “When the evidence is all out there, there will be a more poignant question for the chairman: ‘Why aren’t you talking to President Obama?'”

“Keep in mind that over the last few months, there’s been a lot of information taken from the National Archives from the Obama Administration. They lay out a very powerful case,” he asserted.

“We’re gonna begin to see that evidence over the three to four weeks. And all I can say from what I know from my reporting is buckle your seatbelt,” Solomon concluded. Video Below

Buckle Your Seat Belt: @jsolomonReports anticipates more explosive Spygate evidence to come out against the Obama administration within the next 3 to 4 weeks. #MAGA #AmericaFirst #Dobbs pic.twitter.com/ReIdscRMBT