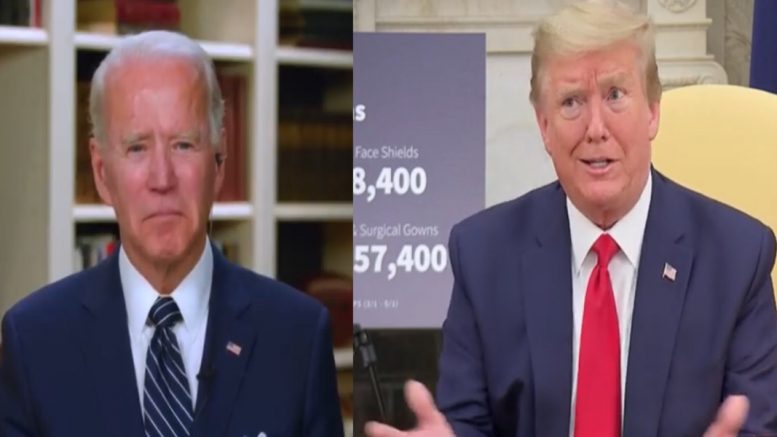 During an interview Thursday on MSNBC’s “The Last Word” with host Lawrence O’Donnell, presumptive Democratic presidential nominee Joe Biden said that if he is elected president he would not pardon President Trump.

“And this is helping us get in all the more questions. So, that’s a commitment,” O’Donnell said. “Mr. Vice President, you’re saying that where ever the investigative trail might lead, whether that be an investigative trail pursued by the Justice Department against Trump officials, Trump associates, administration officials–whether those are congressional investigations– that’s hands-off for you, you’re not going to say, ‘Let’s just let bygones be bygones'”?

“It’s hands-off, completely. Look, the attorney general of the United States is not the president’s lawyer, it’s the people’s lawyer. And you remember when you were there with Pat Moynihan. We never saw anything like the prostitution of that office, like we see it today,” Biden responded.

“It is not something the president is entitled to do, to direct a prosecution, and-or decide to drop a case. That’s not the president’s role or responsibility. It’s a dereliction of his duty. … It’s an absolute– what’s going on is an absolute travesty, a travesty of justice that will not happen, I guarantee you,” he added. Video Below

Meanwhile, in the same interview, Biden encouraged those who believe his former senate staffer Tara Reade’s allegations–probably shouldn’t vote for him.

Read more about it HERE.