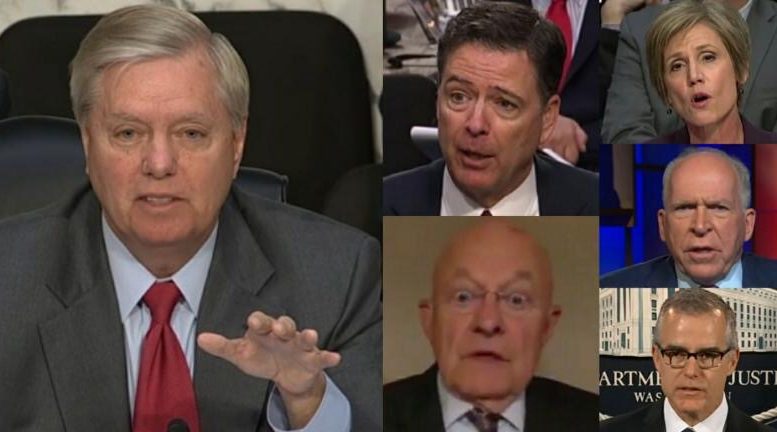 Senate Judiciary Committee Chairman Lindsey Graham (R-SC) announced in a press release Monday that his Committee would debate and vote on a subpoena authorization related to the FISA abuse investigation and oversight of the Crossfire Hurricane investigation.

The Committee is expected to vote on the subpoena authorization at its June 4, 2020, executive business meeting.

According to the Monday press release, Senator Graham’s subpoena authorization covers a number of documents, communications, and testimony from witnesses, including James Comey, Andrew McCabe, James Clapper, John Brennan, Sally Yates, and others.

Witnesses, documents, and other materials covered by Graham’s subpoena authorization:

Graham is also seeking documents, communications, and testimony at a hearing or deposition related to any aforementioned matter from 50 witnesses. Continued Below

Senator Graham included the following list of individuals he plans to subpoena:

The FBI committed 17 “significant” errors and omissions in applications for surveillance warrants against former Trump campaign aid Carter Page, according to the Department of Justice Inspector General, Michael Horowitz.

Further, the FBI relied heavily on the unverified Steele dossier to obtain the FISA warrants. FBI officials had withheld information that undermined the credibility of the dossier and its author, Christopher Steele, the IG said, noting that “a number of people” at the FBI knew Democrats had funded the dossier.

According to recently unsealed testimony to Congress, former Clinton campaign chairman John Podesta, under oath, admitted that the Democrat National Committee and Hillary Clinton’s campaign split the cost 50-50 for the dossier. According to page 13 of Podesta’s December 2017 testimony: 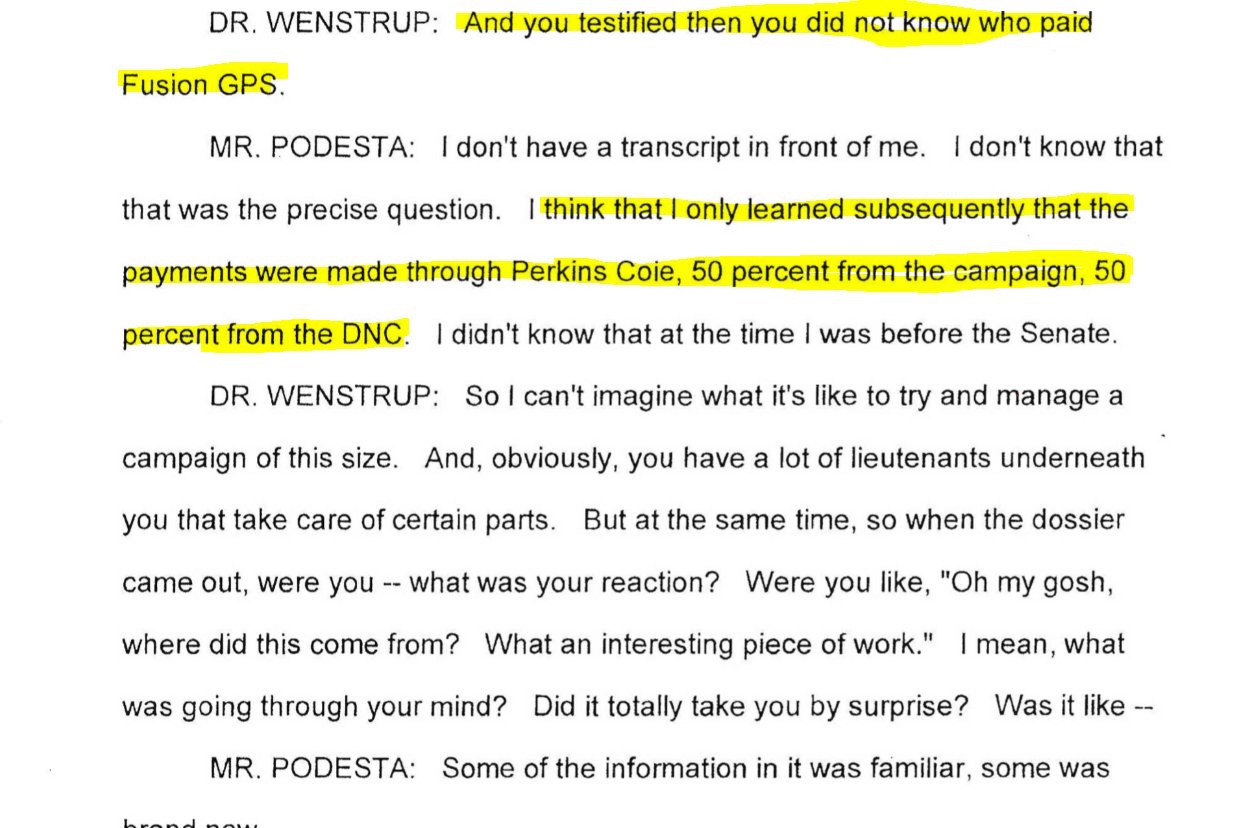