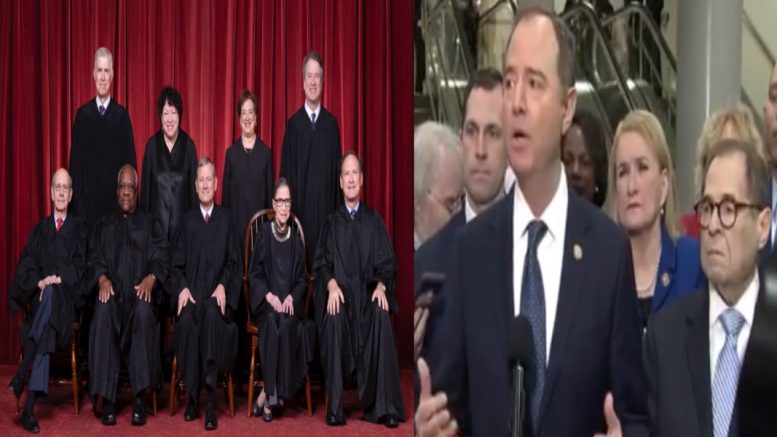 The court’s order kept undisclosed details from the probe into Russian interference in the 2016 presidential election out of the Democrats’ hands until at least early summer. Democrats have until June 1 to brief the court about whether the full case should be heard, per Fox News.

As reported by USA Today:

House Democrats and the Justice Department have been locked in a legal battle over grand jury testimony gathered during former special counsel Robert Mueller’s investigation into Russia’s interference in the 2016 election. In March, a federal appeals court in Washington, D.C., ruled that the House committee is entitled to the evidence.

The House Judiciary Committee argued that the secret grand jury material “is central” to its inquiry into possible obstruction of justice by President Donald Trump and could reveal new evidence of impeachable offenses. If so, the committee said it will consider recommending new articles of impeachment.

The Justice Department said House Democrats aren’t entitled to grand jury evidence because they have yet to explain which specific testimony they need access to or how it would help its investigation. Solicitor General Noel Francisco argued the House has no “urgent need of the requested materials for a hypothetical second impeachment.”

Nadler claimed the Justice Department is being subverted into a “personal agent of the president and subverting justice”.

“We cannot have a justice department that is impartial and serves the personal interests of the president and not the interests of justice,” he alleged. Video Below

(Related: AG Bill Barr On The Steele Dossier: “Robert Mueller Was Responsible For Looking At [It] Under His Charter”)