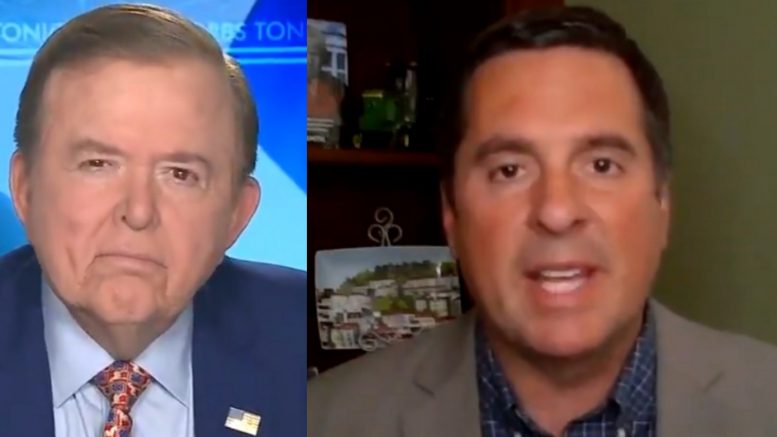 Congressman Devin Nunes is laser-focused on getting to the bottom of what happened to the original 302 report pertaining to General Michael Flynn’s interview with FBI agents.

In a prior interview with Maria Bartiromo, Nunes claimed that the original 302 was first used to brief members of Congress back in 2017, but has since gone missing after it was discovered that it may have been manipulated.

Related Article: Devin Nunes: The Original Flynn 302 That Congress Was Briefed On Is “Still Missing”

On Thursday, Nunes warned Lou Dobbs that it’s discovered that an original 302 exists, “there’s going to be holy hell to pay.”

“Either there is a 302 from the original Flynn ambush in the White House, or there is not,” Nunes said.

“If there is, there’s going to be holy hell to pay if that 302 exists,” he declared. “Because the communication that goes on after that 302 is produced and obviously being changed and new ones being generated — being briefed in U.S. Congress, which we put in our report. This is all important evidence to hold these people accountable.” Video Below

Holding the Deep State Accountable: @DevinNunes says the FBI will have ‘holy Hell to pay’ once their original ‘302’ report about the Flynn ambush comes to light. #MAGA #AmericaFirst #Dobbs pic.twitter.com/vtmtdriVla