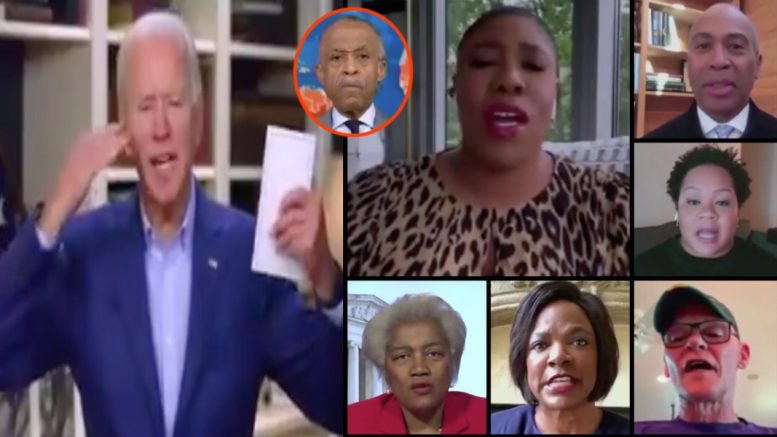 Presumptive Democratic nominee Joe Biden ignited a virtual firestorm last week, when he claimed during a live-stream with radio show host Charlamagne Tha God from “The Breakfast Club”, that if you support President Trump “then you ain’t black.”

Joe Biden went on to say: “And no one, no one should have to vote for any party based on their race, their religion, their background. There are African Americans who think Trump is worth voting for. I don’t think so. I’m prepared to put my record against his. That was the bottom line and it was — it was really unfortunate. I shouldn’t have been so cavalier.”

Michael Benjamin from The New Post wrote an op-ed Friday, titled: A note to Joe Biden: You ain’t Barack Obama.

Benjamin wrote in part: “Obviously, after eight years serving as Barack Obama’s vice president, Biden thinks he’s a brother and believes he can make that kind of jocular aside on a black morning show. … Biden cannot rest his case on having been at President Barack Obama’s side for eight years as reason enough. Shouting ‘Barack’ when you’re talking to black radio hosts or to black voters isn’t going to magically transfer African American support and votes to Biden.”

Meanwhile, some top Biden surrogates have defended the former vice president, trying to downplay his remarks amid a national uproar, insisting we should “move on” from what some deem Biden’s remarks as being racist. Continued Below

Grabien’s Tom Elliot put together a video compilation of some Democrats who immediately came forward to defend the former vice president.

The video includes Biden’s senior advisor, Symone D. Sanders, who called people talking about Biden’s comments a “distraction”, noting that he “apologized”, but added, “We need to move on”.

Former Massachusets governor Devel Patrick said it was “one of those jokes that just falls flat”, and James Carville claimed “Biden apologized for it, and let’s move on. We can obsess on this, but in the scheme of things, this is not gonna amount to diddly squat.”

WOW!! @JoeBiden tells @cthagod that if blacks have to think about whether they are for Trump or for Biden then, “YOU AIN’T BLACK”.

Disgusting! @TheDemocrats view black people as trained chimpanzees who should not ask questions, but perform the same circus act every 4 years. pic.twitter.com/2ObfeXJTFz

Former White House press secretary Ari Fleischer, however, tweeted that Joe Biden has not formally “apologized” for his remarks.

I still have not seen a story that quotes Biden apologizing.

Memo to the press: Biden did not apologize. You did, on his behalf. https://t.co/H0XRYFIMUG

We leave you with a compilation of messages for Joe Biden: