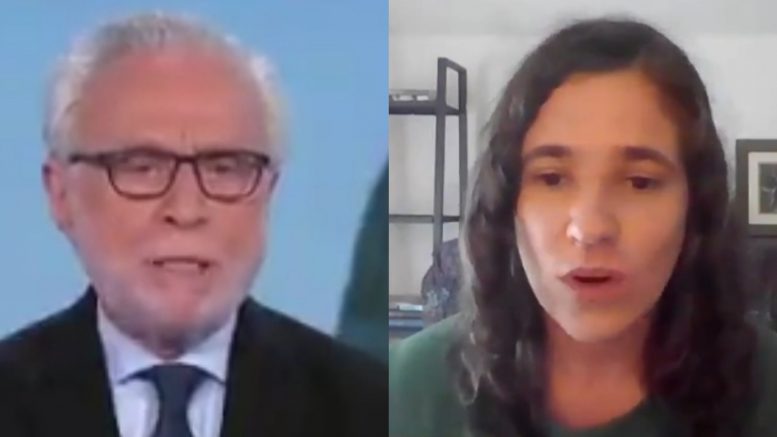 While interviewing with CNN’s Wolf Blitzer on Monday, Minneapolis City Council President Lisa Bender admitted she and the rest of the council “don’t have all the answers” to handle acts of violence if there is no police force.

The councilwoman later said in a seperate interview that the stands with the aspirational “goal” of having a “police-free future” for Minneapolis.

Bender’s remarks came just hours after she told CNN’s Alisyn Camerota that the ability to call the police if your home being broken into “comes from a place of privilege.”

Bender has been among the most vocal politicians behind the movement to dismantle the city’s police force in the wake of the May 25 death of George Floyd in the custody of the Minneapolis Police Department. Last week she said “[w]e are going to dismantle the Minneapolis Police Department and replace it with a transformative new model of public safety” and over the weekend she joined a veto-proof majority of the council committing to “dismantle” the law enforcement institution, Fox News reported.

“What happens if there’s a criminal out there with a gun and starts shooting people?” Wolf Blitzer asked Lisa Bender on Monday afternoon. “Who’s gonna respond if there’s no police force?”

“Look, it is our top priority to keep every single member of our community safe,” Bender replied. “And if you look back to the last 150 years of our policr department, that model of policing isn’t working.”

“So, we need to invite in our whole community,” continued. “The nine members of our city council that came from every corner of our city to stand together, to make this commitment — we don’t have all the answers.”

“And what we committed to was a community processs to help reimagine public safety,” Bender declared. Video Below

CNN’s Wolf Blitzer stumps Minneapolis City Council President Lisa Bender: “we don't have all the answers" on who responds to violent crime without policehttps://t.co/mLul5fUeBB pic.twitter.com/0f80RY3p0t