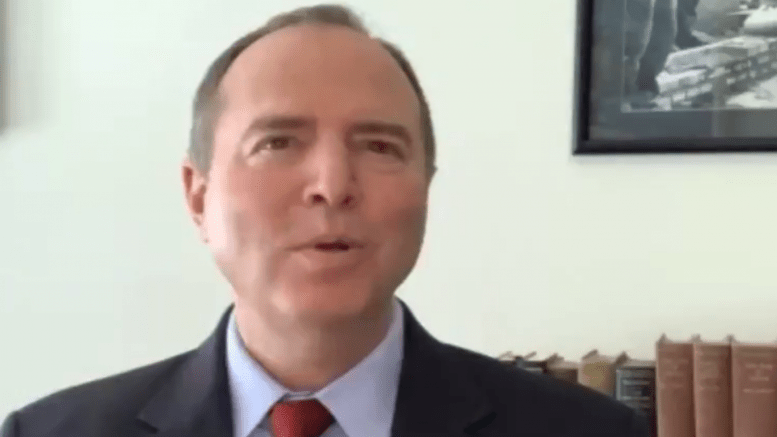 Rep. Adam Schiff urged members of Congress to “do what they can to constrain” President Trump for the remainder of his presidency, which he believes is just “months” away.

The congressman made the suggestion while speaking with MSNBC’s Joy Reid on Friday about the President’s handling of the COVID-19 crisis and nationwide protests that erupted following the death of George Floyd.

Schiff told Reid that he is concerned that Trump will “further divide us,” will “further leave Americans vulnerable to becoming ill and dying from the virus,” and will “continue this path of deligitimizing the votes of millions” who vote by mail.

“As we pointed out during the trial, this President is not going to change,” Schiff declared. “He has this love and fascination with autocrats around the world [and] models his own conduct after them.”

Schiff continued, “What we really do need is people around him, people in Congress to stand up to him, speak out, do what they can do to constrain him through the remaining months of his presidency.”

“We’d be a lot better off, Joy, frankly if he went back into his bunker and waited out the rest of his presidency, instead of doing more harm,” he concluded.

In the midst of a pandemic, mass unemployment, and peaceful protest, Trump again demonstrates his unfitness for office.

He has no empathy, no decency. His words and deeds do nothing but stoke more division and anger.

We would all be better off if he just stayed in his bunker. pic.twitter.com/aKivfXCwY6